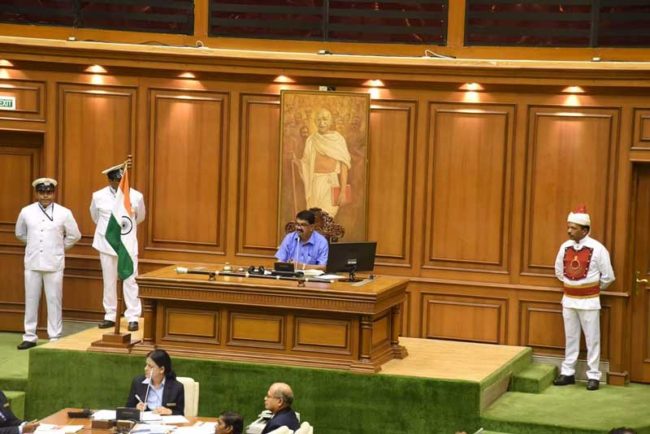 PORVORIM:Speaker Rajesh Patnekar has pointed out serious breach of privilege by the opposition benches during Governor’s address to House while stating that such act will not be tolerated in future; issues final warning.

BJP Thivim MLA Nilkant Halankar had moved breach of privilege motion against opposition MLAs for showing black cards & flags to the Governor on the first day of the Assembly Session on Monday.

Opposition benches on Monday had protested on the floor of the House with black hoardings after the Governor’s Speech shouting slogans against coal. The opposition had also attended the assembly Session wearing black bands.