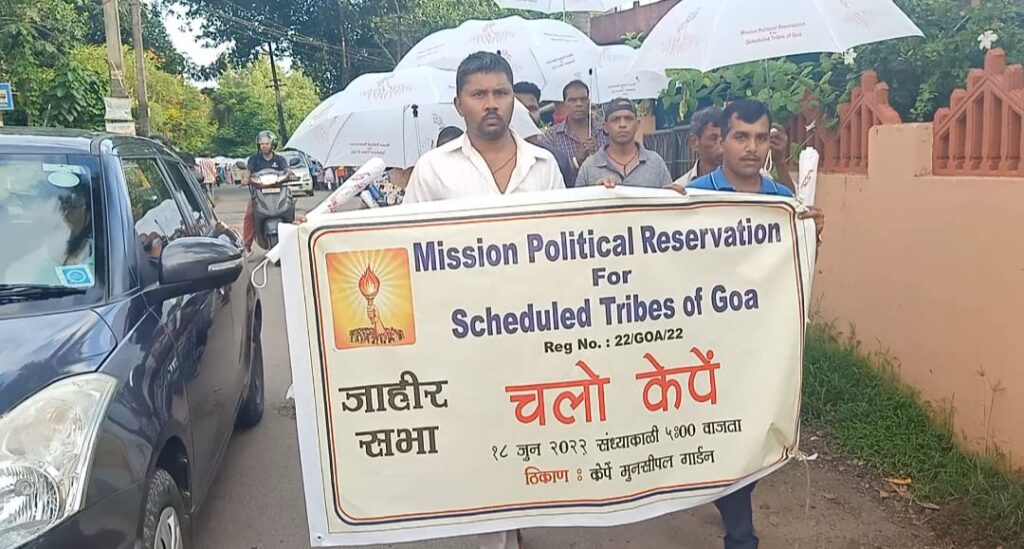 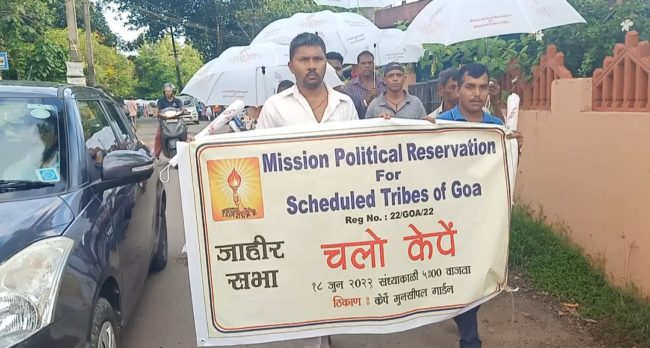 The organization has warned to come against the government prior to the 2024 election if the demands are not fulfilled.

A prominent ST leader said that if their demands are not fulfilled then all ST organisations will come out strong and will oppose the present government. It is our constitutional rights said by convenor of mission for political reservation for scheduled tribes Goa.

Further, Govind Shirodkar said that even though 19 years have passed since the reservation was given to these Scheduled Tribes, it has been unfairly implemented.

He said that in the incident which was written by Babasaheb Ambedkar, reservation was provided for the representation of the marginalized community but today’s politicians have tried to keep our society afloat and it will not be tolerated anymore.

Joao Fernandes said We are demanding our rights and we must get our rights. “Our caste must get a political reservation,

“To this day, our castes are being swayed by the upper castes and this will not work anymore,” he said.

Rama Kankonkar said It was demanded that the state government should consider our demand and discuss it in the assembly and give us reservations. If the government tries to do injustice to us, we will teach a lesson in the 2024 Lok Sabha elections to them.

Rupesh Velip, Joao Fernandes, Govind Shirodhkar, Rama Kankonkar, Ravindra Velip and other leaders of the organization were present on the occasion.