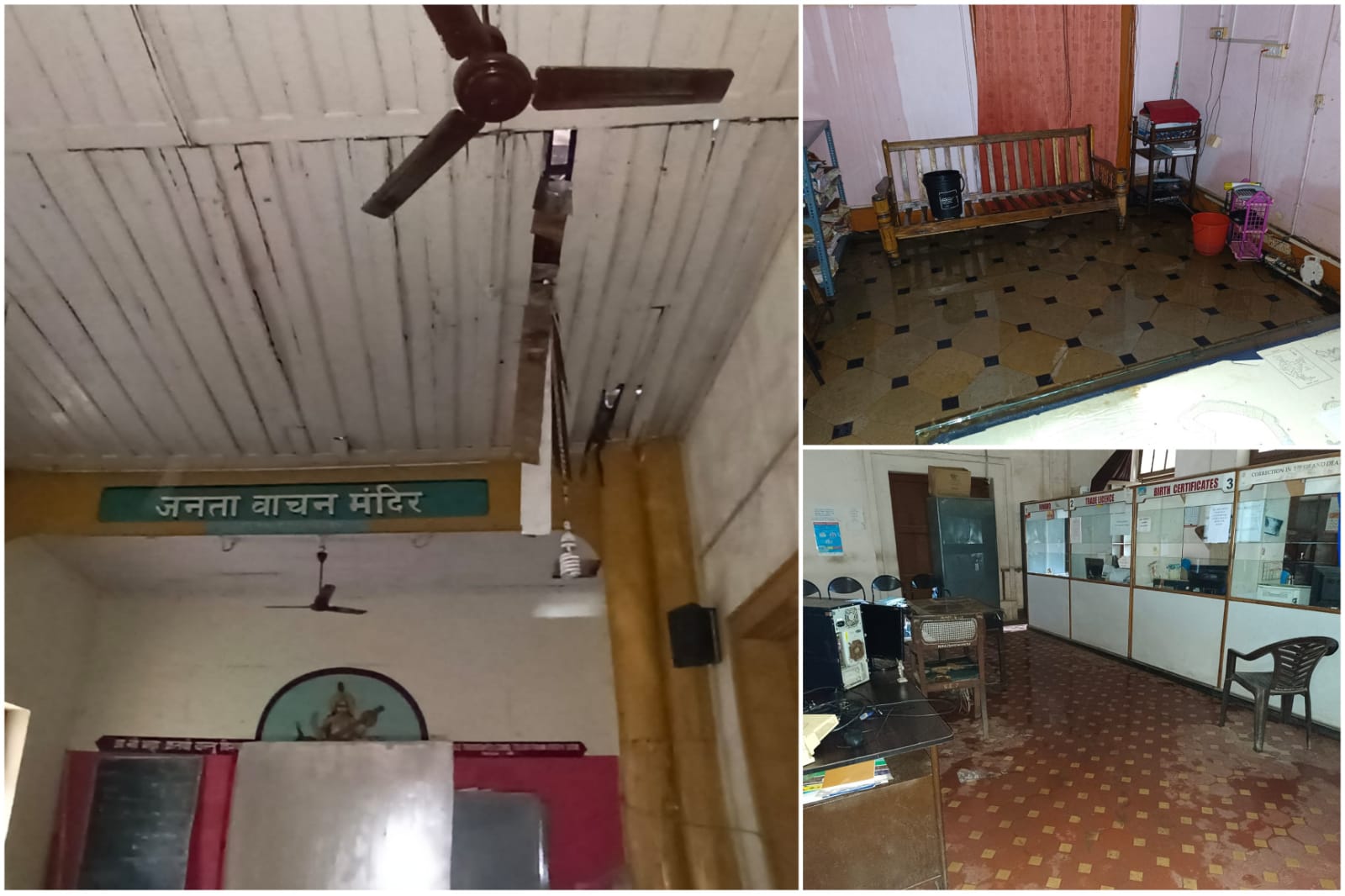 Vasco: “Tip Tip Barsa Pani…Pani ne Aag Lagayi” a famous Bollywood movie song, is aptly applicable to the situation right now in the Mormugao municipality.
With the ceiling leakage at numerous spots of the administrative section of the municipality building due to uneven rain and strong wind, the visitors and the municipality staff are facing great inconvenience while exercising their duties.
The 9 crore rupees worth of renovation and restoration work of the existing Mormugao municipality building seems to be snitching. After a sudden presence of strong winds and uneven rain for the last two days, the Mormugao municipality building roofs and ceilings have already given way to the rainwater dripping down inside the cabins and offices of the municipality.
On Friday morning, the condition of the Chief Officer and Chairperson of Mormugao municipal council cabins was far from the better, with the whole area getting flooded with the rainwater which is due to the leakages. The false ceiling has got soaked up with the leaking water, and at any point, it could also fall down.
Similar is the situation of the Janata Library hall, wherein a partial ceiling has already come down with the books getting soaked in the rainwater. The public counters of birth and death certificates, house tax payments, etc., are covered with plastic.
When contacted by Chairperson Damodar Kaskar, the Mormugao municipality chairperson started blaming the GSUDA contractor for not complying with the proper care promised to the municipality. Damodar Kaskar said that the heavy rain was unexpected, and the GSUDA contractor had promised us to shift elsewhere and then take up the work, but instead of doing so, he directly started doing ceiling work which triggered leakage in the municipal office premises.

Shailesh Shetty, the co-partner of Percept Live which hosted the Sunburn Klassique, last year, has been arrested following two days of questioning by the Crime ... Read More