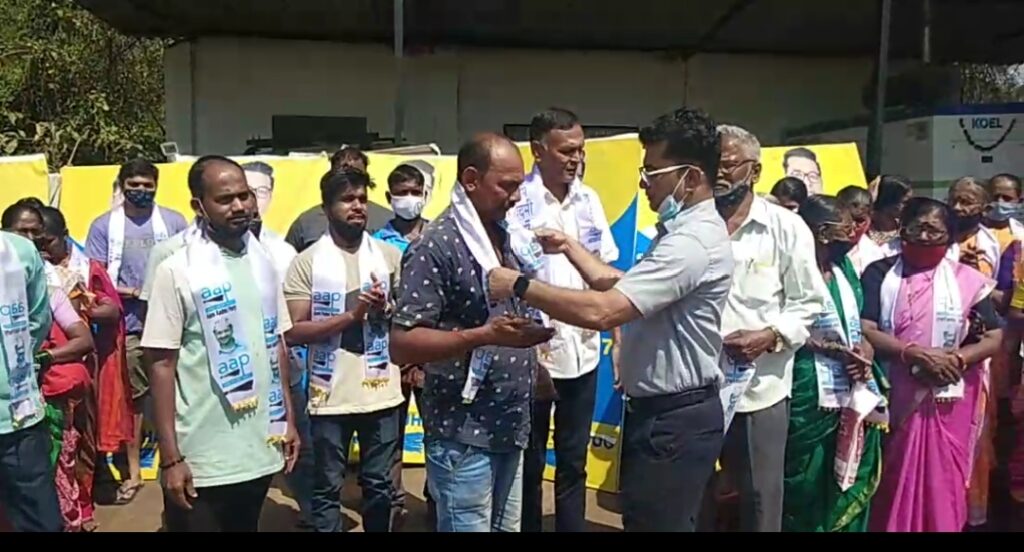 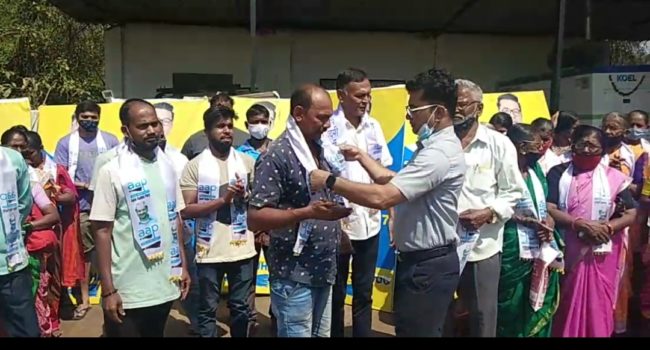 TMC leader Rajan Rane along with the 700 supporters from Poriem joined Aam Aadmy Party on Saturday in the presence of AAP Poriem candidate Vishwajeet K Rane and affirmed their support for AAP candidate.

Rajan Rane said, “As I’ve seen the vision of TMC and I-PAC, I am not impressed with them. They’re here to split the anti-BJP votes. But unlike TMC, AAP has come up with a strong vision for the state, which is the only viable alternative today in the state”.

Adding he said, “AAP is the party of the common people. Vishwajeet K Rane has always served the common people. AAP has transformed Delhi within six years of rule, and their achievements in health and education are praised everywhere”.

He further said, “We have seen the Rane father-son duo ruling Sattari, and we don’t want their daughter in law ruling here. This family has only worked for their own development and didn’t do anything for the betterment of the local people. I urge people to vote for the AAP in this election”.

AAP Poriem candidate Vishwajeet K Rane said, “All other parties lack a vision for the betterment of the state. Only AAP has this vision and knows how to fulfill the promises made to the Goans. AAP is the party of the common people. In addition to infrastructure development, AAP will also focus on human development. Today, around 700 supporters of TMC have joined AAP, which will strengthen the party”.