* Goa is a brand by itself & most preferred destination, says MLA Mauvin Godinho 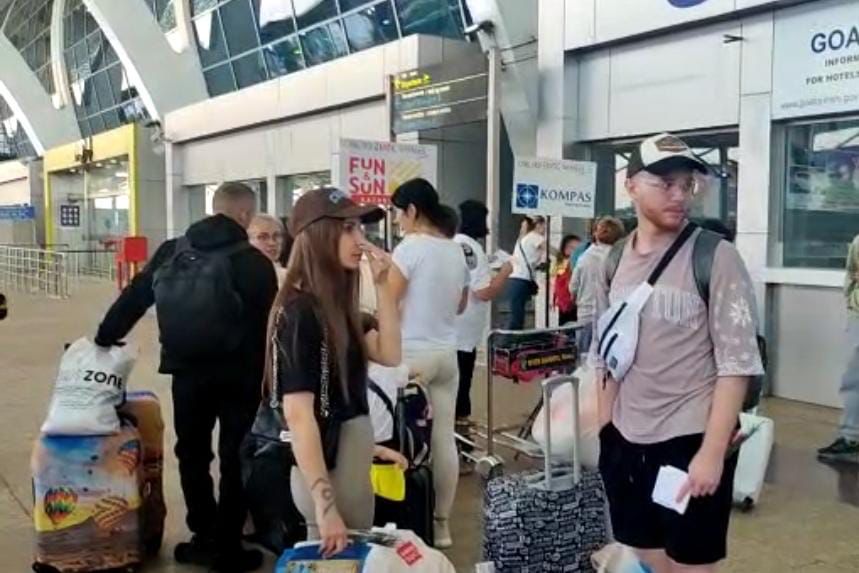 DABOLIM: Finally, a sigh of relief from the tourism industry in the state as the first charter flight from Kazakstan arrived at the Dabolim Airport carrying 180 passengers.
The flight from Kazakhstan will land in Goa once a week. From November 3, Aeroflot will operate three weekly flights from Russia. The flights will start landing in Goa soon. These flights will bring 228 passengers, including crew.
A single charter from the United Kingdom will also be landing in Goa soon.
“Today, I am thrilled, and you can see all smiles at Goa Airport. Goa is a brand by itself and is the most preferred tourism destination in the world. The air traffic into Goa will increase over Goa,” said Dabolim MLA Mauvin Godinho.
He further said that post the pandemic, people have started coming to Goa for their holidays.
“From November, Aeroflot will launch Moscow flights and after that from the UK. Charter flights have now become a reality,” he added.
Godinho said that his statement was misinterpreted and that Some elements are trying to spread rumours about the closure of Dabolim airport after the commissioning of Mopa airport.
“No one should raise doubts about Dabolim Airport. Both airports will be functional. The state will meet next week to chalk out plans for both airports. If international flights are diverted to Mopa airport, then domestic flights can land at Dabolim,” he added.
In a significant setback for Goa’s tourism, Azure Airlines, scheduled to arrive in Goa from Russia, has cancelled their charter flights.
The minister said that the government would launch a ‘Multimodal transport App’ to give choices to visitors at affordable rates for last-mile connectivity.
“One who lands in Goa at Dabolim airport, whether they want to travel by taxi, bus or rickshaw or motorcycle pilot (a two-wheeler taxi), can choose a mode of transport through this App. It will give last-mile connectivity,” Godinho said.
He said that the government would bring more electric buses into the fleet of the state government-operated Kadamba Transport Corporation to give good service to the people of Goa.
“As mining is suspended, we are dependent on tourism. We have to take steps and decisions to increase the footfall of tourists. As both airports, Dabolim and Mopa will function, tourism will increase, and we will need more Kadamba buses. Hence, we will try to get more electrical buses,” he said.