* Leader of Opposition to be announced on Sept 12, says Patkar 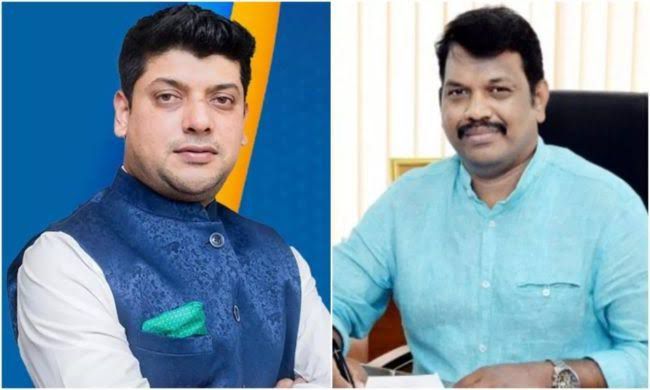 Goemkarponn desk
PANAJI: Goa Pradesh Congress Committee (GPCC) President Amit Patkar said he was not aware of MLA Michael Lobo’s visit to New Delhi.
“I was unaware of MLA Michael Lobo’s visit to New Delhi. I came to know through the media last night. I am also unaware of why he went there; the media should question him,” said Patkar.
He further said he was in contact with all the Congress MLAs except for two (Michael Lobo and Digambar Kamat).
Patkar said that Mukul Wasnik would be visiting Goa on the 12 of September, and the announcement would be made after he had met the MLAs of the party. Before that, AICC observer for Goa Dinesh Gundu Rao will be visiting the state and hold one-to-one meetings with the Congress MLAs from September 3rd onwards,” Patkar said.
“Name of the new Congress Legislative Party (CLP) leader will be decided after the visit of All India Congress Committee (AICC) general secretary Mukul Wasnik to the state; however, unlike last time, the new Opposition leader will be announced from Goa and not Delhi,”
Patkar said that the party had filed petitions with the Goa Assembly Speaker Ramesh Tawadkar seeking disqualification of its MLAs Michael Lobo and Digambar Kamat for trying to engineer a split in the party.
“Speaker has already sent notices to the two MLA and I will be personally meeting the Speaker this week,” he added.