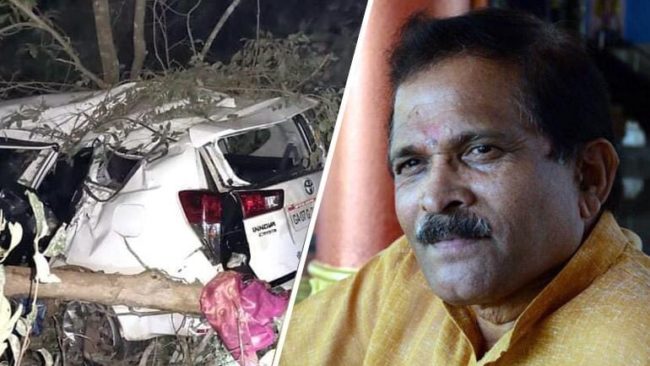 The driver is currently undergoing treatment in Goa Medical College and Hospital, a state run facility of the Goa government.

The Union Minister, his wife and three others were on their way to Gokarana on Monday evening, when their car turtled at Ankola, leading to major fatal accident.

The Union Minister’s wife Vijaya and his personal assistant succumbed to the injuries.

Earlier in the day, GMC Dean Dr Bandekar informed that total four successful surgeries were performed on the Minister, who is now out of danger.

The Union Minister for Defence Rajnath Singh had visited Naik at GMC.

A team of doctors from AIIMs, New Delhi is expected to visit Naik to monitor his health condition