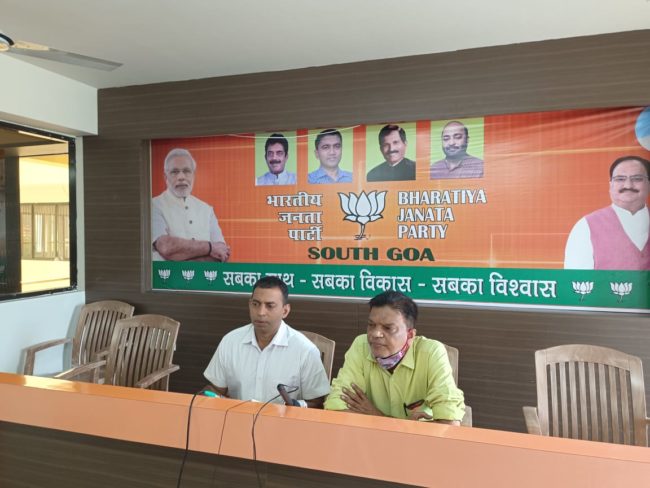 MARGAO: Former BJP minister Micheal Lobo’s “person in bandi (kurta) running the BJP government” irked the BJP party. BJP spokesperson Urfan Mullah challenges Lobo to name the person.
During the press conference in Margao, BJP spokesperson Urfan Mullah said Micheal Lobo is a “Coward” former minister who alleges that a person wearing bandi (kurta) is running the government in Goa behind curtains. I challenge him to take the name of the person, and he will see how we drag Lobo in the court,” Mullah said.
He further said that we (BJP) are proud of the person working for the growth of the BJP party. Lobo is scared that if BJP comes to power, his scams will come out.
Mullah also slammed Lobo for misleading the people of Goa by giving false promises.
He also said that earlier, Congress party leader Girish Chodankar had also made serious allegations against Lobo.
“Then why did Congress take him in the party? Mullah questioned.