Will not move till DEMOLITION order is issued: Amit Palyekar 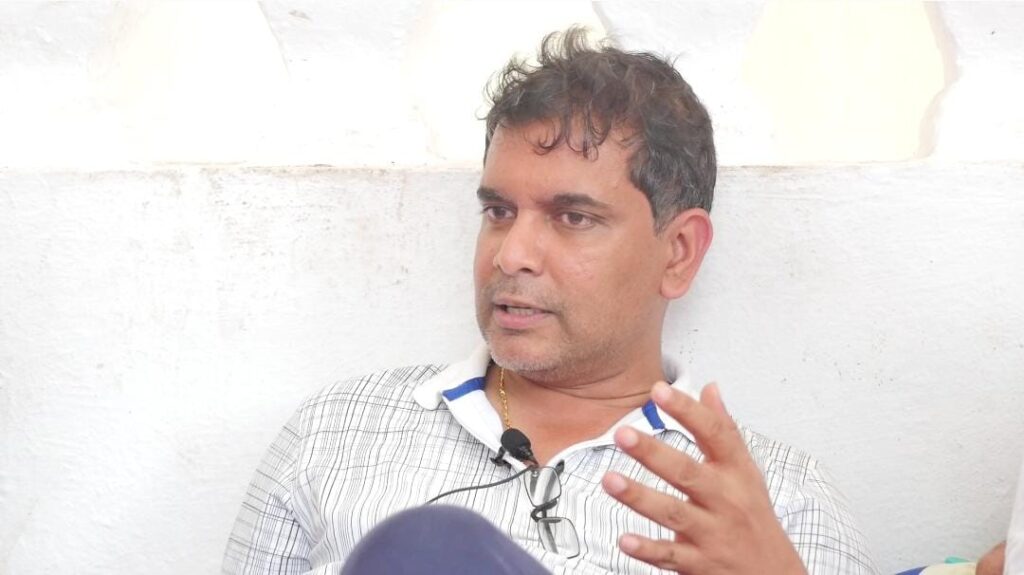 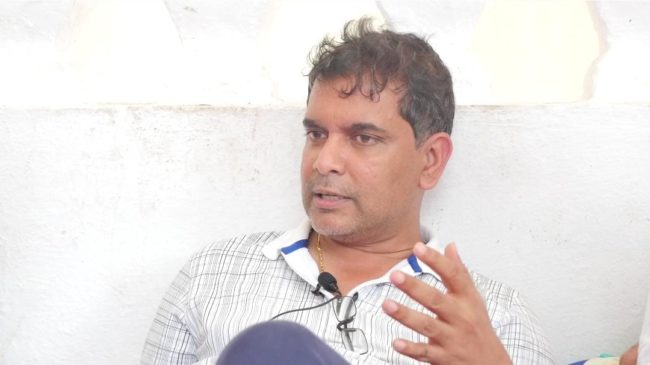 For the last four days now, the Aam Aadmi Party leader Amit Palyekar has been sitting on a hunger strike, and his condition has been deteriorating, the pulse rate the blood pressure is down, yet he is adamant about continuing with the hunger strike for teh future of his child, for the future of all us Goans. Goemakrponn Editor SURAJ NANDREKAR talks to the brave Amit Palyekar, who is risking his life for the future of Goa.

Goemkarponn: Today is the fourth day of your hunger strike; the doctors say your health is deteriorating. Are you still adamant about continuing the strike?

Amit Palyekar: I feel a bit weak today as four days without food does a lot of harm to your body. I am hydrating myself with water, but it is a big sacrifice for a person like me. It is the biggest sacrifice. I know what it means to me, my family and their future.

Goemkarponn: As we know Amit Palyekar, you love to socialise and move out. Isn’t this a big deviation from your everyday life?

Amit Palyekar: As you said, I love to go out, I love to socialise, but at some point of time, you realise that you have to come out of your comfort zone and do something; otherwise, a time will come when the comfort would not last for long as it would get destroyed. Here we see our heritage our culture being destroyed and I decided to take it on me to fight for a cause.

Goemkarponn: There was already a hunger strike going on of the people against teh illegal construction in Old Goa. Why did you think it necessary to go on a hunger strike?

Amit Palyekar: The protestors have been protesting, but there was no response coming forth from the government in any form; it was just delaying tactics. So a strict step had to be taken, and a strong message had to be sent. The people protesting were old and fragile people, and I cannot expect them to go on a hunger strike indefinitely. They are still managing to do whatever they can. I know a few ladies, I have met them some have blood pressure problem, some have diabetes, they are sitting hungry from morning to night as a token strike. So when I met them I felt it was my duty to show slolidarity and to do what the government is afraid of and that is the people’s revolution; they are not scared of courts anymore. 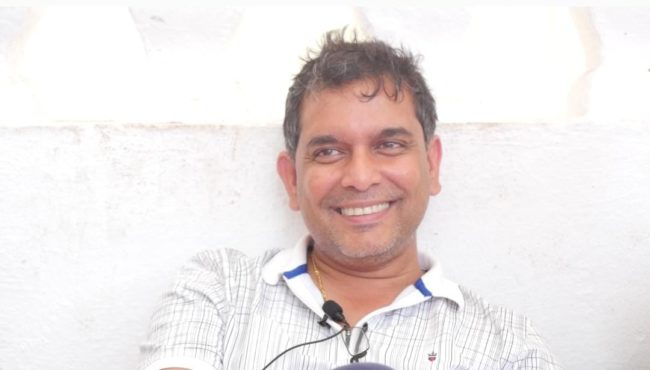 Amit Palyekar: The aim is to demolish this illegal place, and ultimately it is a clear cut message to the government that don’t do these illegalities to at least what is important to Goa. You see, today, forts of Goa are being given to outsiders. Today it is this place tomorrow, it will Cabo de Rama and they will keep selling Goa. We are seeing what is happening in the rest of India. Every asset of Govt is being sold. Here Heritage of Goa is being sold. Though here we are fighting only for particular illegal construction, the idea is to make govt aware that any illegalities elsewhere will not be tolerated henceforth. Today everything is out in the open. The TCP and the panchayats have been exposed. You cannot take illegal permission by fraud, its a clear cut message to Govt.

Goemkarponn: But the government has now revoked the permissions?

Amit Palyekar: The revocation order is such that the blame is put on the party. They know the law; you can clearly point out what exactly are the violations are but do not order a demolition order. What is stopping teh government from doing that?

If the order is challenged in the court tomorrow and if it is not defended appropriately, what will be the result?

Goemkarponn: So you feel this order can be challenged in court by owners?

Amit Palyekar: Of course, any order can be challenged. The government is playing fraud on people by granting permissions, and now I think this order is another fraud. So ultimately, this case would be stuck in a legal tangle, and the government will help them at some point in time and say that court has decided now what can you do. So there has to be some accountability. At least issue a demolition order, let that be challenged in court and defend it in such a way that it reaches its logical conclusion. It’s a blatant violation. Every record that had to be manipulated has been manipulated. The system is so corrupt that it starts from a level of Talathi and to the level of TCP and ministers.

Goemkarponn: But you are an advocate, why not fight the case in court instead of hunger strike?

Amit Palyekar: Last four years, people have been fighting in court; what happened? I achieved in 48 hours that could not have been achieved earlier. So it took 48 hours of my struggle to do this. So all those people who are criticising me, it doesn’t matter. Today I am fighting for a cause. People say it is a selfish purpose, but I say even if it is for a selfish purpose, please join me if you have the strength in you instead of fighting on Facebook. We know the IT Cells are very active. We know where the comments are coming from. Social media has become a tool to criticise others. Two days they must come here and sit on hunger strike they will know the reality.

Goemkarponn: What you say is right; people have been commenting you are trying to gain political mileage?

Amit Palyekar: Let them say, let me win from St Cruz, I will serve people of Goa. It is a fear in the minds of any opposition person. Even the media has been criticising me for getting emotional before my family. I mean, every human has emotion; we all miss our family. Crying is not a weakness; I must tell the newspaper that carried that story that crying is a way to express your emotions. When you meet your child, who tells you when are you coming home? When she asks why is the Chief Minister is not listening to you? She is a small child; what would one feel when she says she wants to come here and sleep here with me?

Goemkarponn: You are missing your family? Don’t you think you are risking their future along with your life?

Amit Palyekar: See, my child sleeps with me every day, and she is missing me; I am missing her. If you are fighting for your child’s and Goa’s future, there is nothing wrong. It is not for any gimmicks, as people said.

Goemkarponn: So finally, when will this end?

Amit Palyekar: When this will end, Govt has to answer. We are doing this for a genuine cause. We are waiting for people to respond. The love I have from thousands of people is enough to survive, and I will not budge till all demands are met, at least till a demolition order is issued.