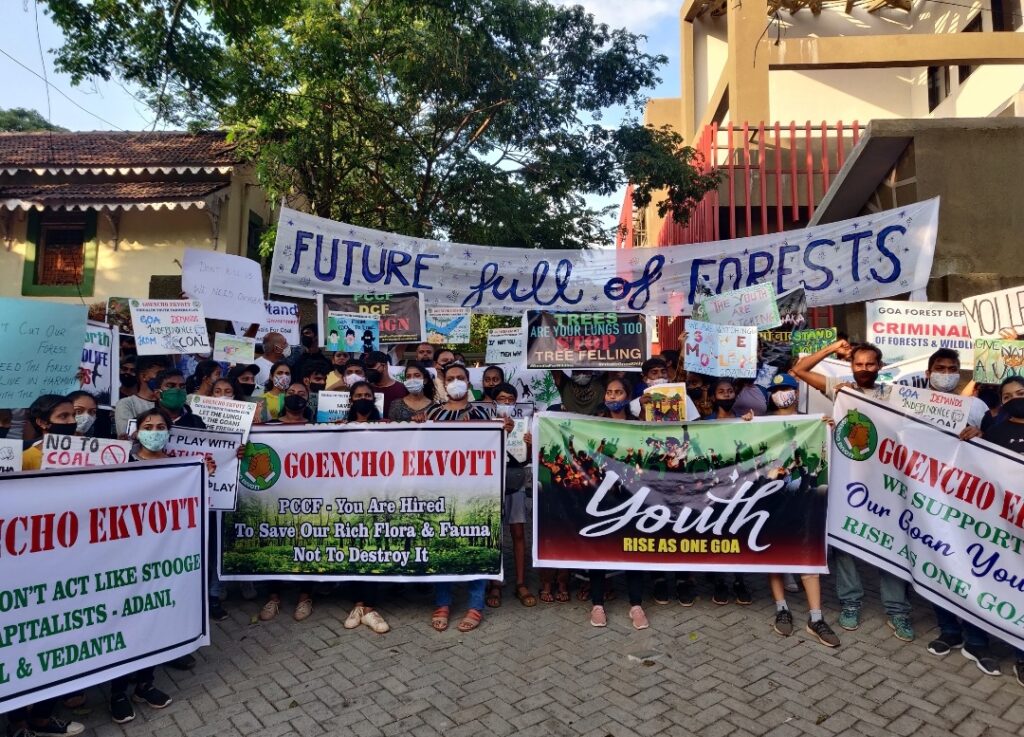 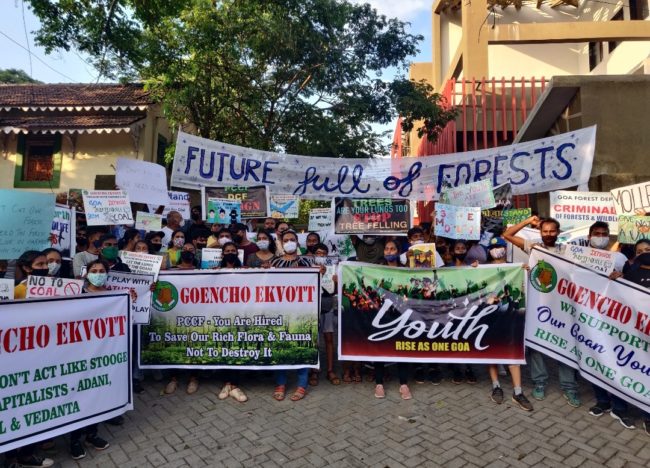 Panaji: The Youth of Goa have requestedb that the clearances given for the three linear infrastructure projects in Mollem National Park and Bhagwan Mahavir Wildlife Sanctuary (the widening of the NH-4A highway by the PWD, the double tracking of the railway line by South Western Railways and the laying of a 400kV transmison by Goa Tamnar) be immediately withdrawn.

In a memorandum submitted to the Forest department, the youth said “Our one and only submission is the protection of Mollem National Park and Bhagwan Mahavir Willdlife Sanctuary is the best climate action plan. The findings of the Intergovernmental Panel on Climate Change (IPCC) clearly show that the Western Ghats makes us resilient and will allow for better adaptation against the effects of climate change.”

They added, apart from the importance of these 150 million year old forests, it is the lack of due process and scientific rigour when passing these projects that need to be urgently considred.

“The wildlife clearances are supposed to be based on the decisions of the state wildlife board – the state wildlife board members have come out in opposition to all three projects. Further, 39 scientists have written to the Central Empowered Committee of the Supreme Court that the Environment Impact Assessments have several flaws, and all three projects are passing through the same protected area and therefore there should be a cumulative impact assessment study,” the youth said.

With respect to the Railway Line, the youth wrote, the Chief Wildlife Warden has recently claimed on national television that the proposal for double tracking within the Mollem National Park and Bhagwan Mahavir Wildlife Sanctuary was first made in 2016.

“The first proposal was in fact made in 2013. The Chief Wildlife Warden at the time (Shri Richard D’Souza) categorically rejected the proposal on the grounds that it would damage the Wildlife Sanctuary and National Park. This opinion was endorsed by the ex-Forest Minister Smt. Alina Saldanha and thereafter by the Chief Minister Shri Manohar Parrikar himself. We would like to point this out for your reference that the file notings of the 2013 discussion appear on Page 2 and Page 3 whereas the second proposal commences on Page 4 onwards,” they said.

They said as forest officers and holding true to the responsibility of your office, your duty asks for you to recall Section 29 and 35 (6) of the Wild Life Protection Act, 1972 that states that no such activity can be permitted in a protected area unless it is beneficial to wildlife or the wildlife sanctuary.

“These projects do not benefit the sanctuary or wildlife in any way – in fact they are irreversibly destructive and damaging. We request the Goa Forest Department to return these proposals back to the Public Works Department, South Western Railways and Goa Tamnar,” they stated.