AAP announces second list of candidates ahead of elections 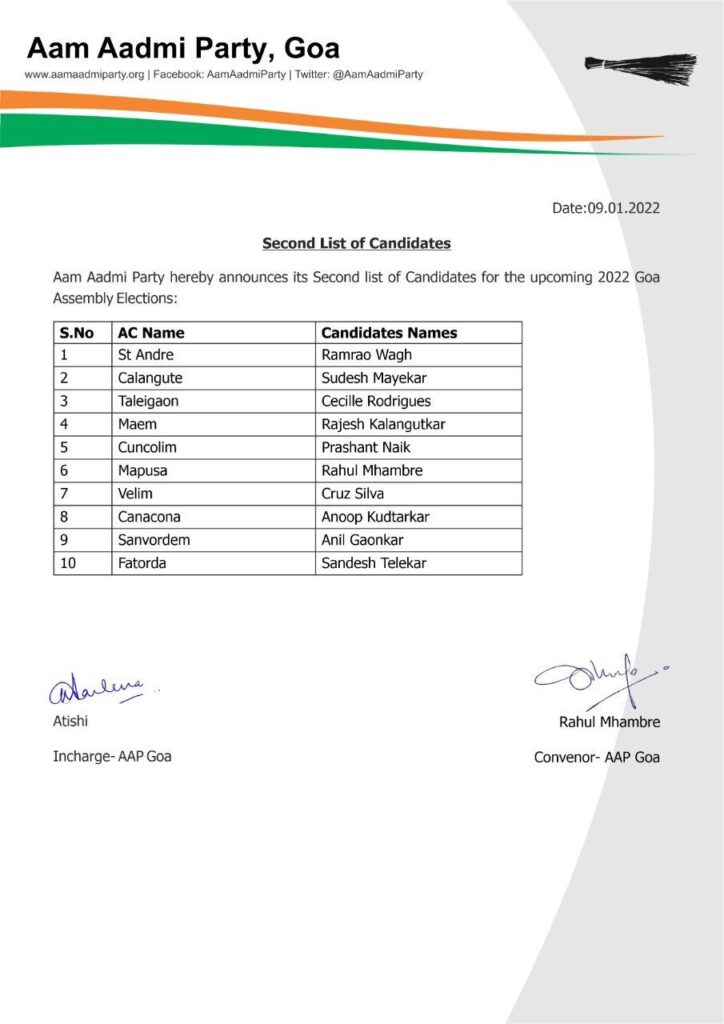 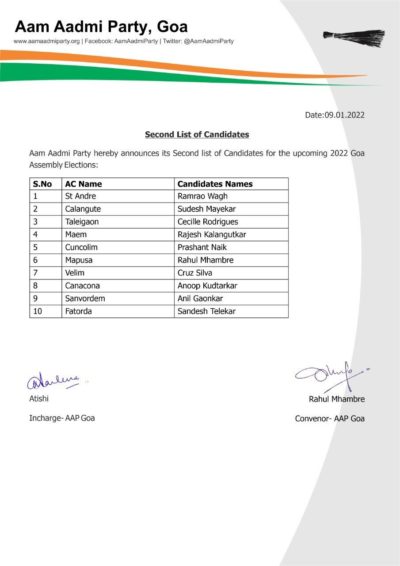 PANAJI: Aam Aadmi Party (AAP) today has announced its second list of 20 candidates ahead of the Goa State Assembly Elections. Election Commission of India (ECI) has announced that the elections in Goa will take place on February 14.

The AAP’s state in-charge, Atishi, has approved the list of 10 candidates whose constituencies are spread across both North Goa and South Goa districts.

“As Goa Assembly elections 2022 have been announced, and Aam Aadmi Party is fully geared up to bring change in Goa, am happy to declare the second list of candidates who are going to lead this political transformation! Congratulations and best wishes to all the candidates,” said Atishi

Meanwhile, AAP on January 7 had announced its first list of candidates which included, Amit Palekar will contest from St Cruz, Vishwajit K Rane from Poriem, Mahadev Naik from Siroda, Satyavijay Naik from Valpoi, Premana I Nanoskar from Dabolim. Alina Saldanha from Cortalim, Venzy Viegas from Benaulim, Pratima Coutinho from Navelim, Abhijeet Desai from Sanguem and Dominic Gaunkar from Curtorim.