Govt appoints Administrators on 186 panchayats in the state; order issued 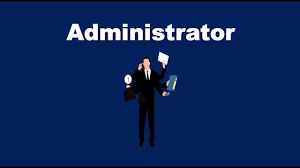 PANAJI: The State Government today issued a notification appointing various government officers as administrators on 186 Panchayats in the state to run the affairs and all other activities of the panchayats till the general elections are held.
Administrators had to be appointed as govt could not hold the general elections to these panchayats before the expiry of the term due to the Supreme Court-mandated triple test guidelines for OBC reservations.
The administrators will take charge with effect from June 19 and shall attend the respective village panchayat office every Tuesday, Thursday and Saturday.
“Government of Goa hereby appoints the persons specified in column (3) of the Schedule below as Administrator of the Panchayat mentioned in the corresponding entry in column (2) of the said Schedule with effect from 19/06/2022 until the post of Sarpanch and Dy. Sarpanch has been filled after the Village Panchayat General Election 2022 or until further orders,” the order states
To another question, the Minister said, “Panchayat elections were supposed to be held before June 19. Can it be held? Has State Election Commission (SEC) initiated the process? It’s a big no.”
The general panchayat election in Goa had to be postponed following Supreme Court directives, which mandated the triple test for reservation of wards for candidates belonging to OBC communities.
“Only after the triple test we can declare the elections. In such a situation, we have decided to approach the AG for his legal opinion to guide us on what would be legally tenable on holding the election process,” he said.
Godinho said that in the current circumstances, elections might be held after a few months and not immediately, considering that the monsoon is approaching.
“As per the judgment itself, if the administrator has to be appointed, the period between the expiry of the term and conduct of the fresh election should not be beyond six months,” he said.