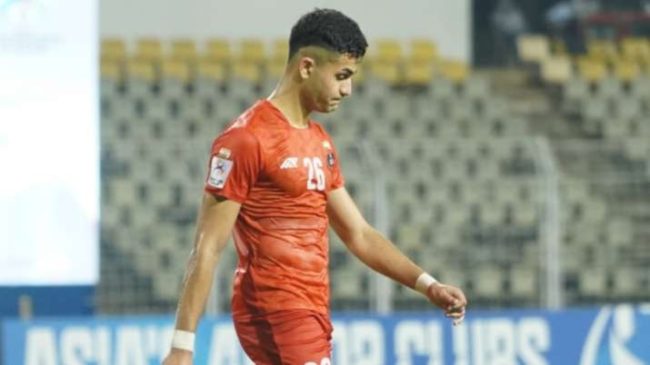 Goemkarponn desk
MARGAO: Starting with as many as eight fresh faces, FC Goa were thrashed 4-0 by Iranian champions Persepolis FC in their return-leg AFC Champions League Group E match here on Friday.
Shahriar Moghanlou (24th minute), Mehadi Torabi (43rd), Issa Alkasir (47th) and Kamal Kamyabinia (58th) scored for the winners in a completely one-sided match at the Jawaharlal Nehru Stadium.
Playing three matches in a week prior to this game forced FC coach Juan Ferrando to make wholesale changes to the starting XI, but the move hampered the team’s prospects as it looked clueless at the face of the fancied Iranian club’s attacking prowess.
Three of the four goals conceded by the home team came because of errors by its players, especially goalkeeper Naveen Kumar, who was played in order to give first-choice Dheeraj Singh a breather after his excellent performance in the three previous outings.
Naveen was at fault as far as the first two goals were concerned while defender Mohamed Ali was guilty for the fourth one.
Persepolis FC, runners-up in the last edition of the elite club competition, dominated possession and FC Goa could hardly trouble the opposition goalkeeper, reflecting their struggles in the fourth outing of their maiden season in the tournament.
Goa survived early on with Persepolis not getting their deliveries forward after scoring twice through set-pieces in the previous game against the same opponents — a penalty and a corner.
However, Moghanlou broke the deadlock when he unleashed his left-footed past a hapless Naveen at the post.
Just before half time, Torabi made it 2-0 when he converted from the spot after Naveen, unable to claim the ball off a Ali Shojaei cross from the left, brought down Alkasir inside the box.
Persepolis were off to a great start after the break as Alkasir, after being released by MoghanlouIss, scored without much fuss.
Thanks to reckless defending by Ali, Kamyabinia inflicted more misery on Goa as he scored the visitors’ fourth goal of the match.
Ivan Gonzalez captained FC Goa in the absence of suspended Edu Bedia.
After playing out 0-0 draws against Al Rayyan of Qatar and Al Wahda of the UAE, FC Goa lost to Persepolis 1-2 in the first leg.
The result saw Persepolis, with 12 points from four games, extending their 100 percent win record while Goa suffered their second consecutive defeat after the 1-2 loss to Yahya Golmohammadi’s side on Tuesday.