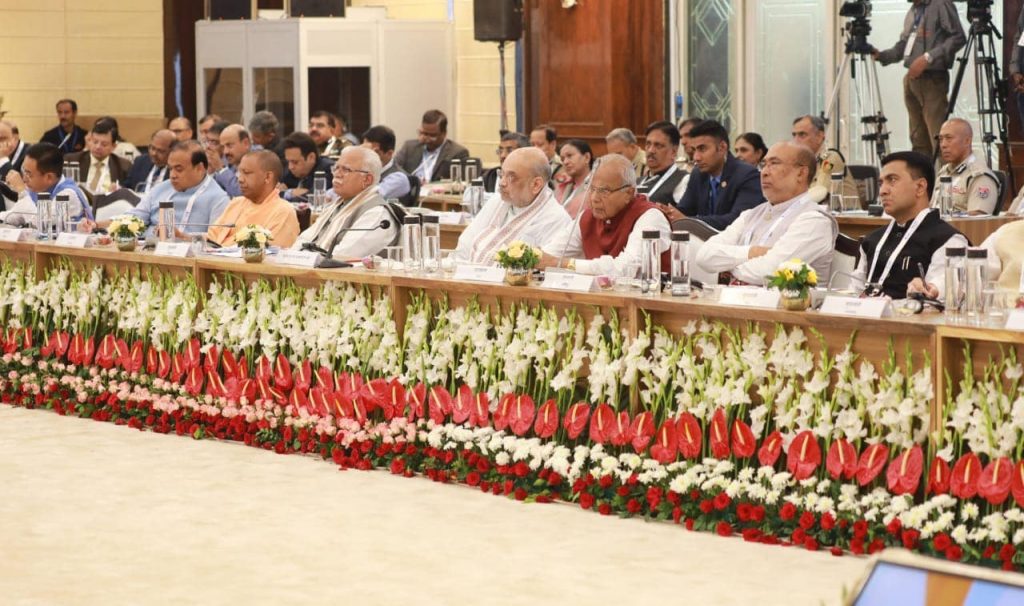 Goemkarponn desk
PANAJI: Chief Minister Pramod Sawant said that all states will work together as ‘Team India’ to combat drug-related issues, Naxalism and border security.
Chief Minister Pramod Sawant was speaking after returning to Goa from Haryana after attending two days Chintan Shivir program.
“As per discussion, all states will work towards combating issues of drugs, Naxalism and border security as Team India. The target set is 2047,” said Sawant.
He further said that various discussions took place on coastal security, terrorism, police, Naxalites and other drugs related issues.
“Discussion & deliberations took place on Police reforms on the way forward along with valuable guidance by Union Home Minister Amit Shah,” he said.
Sawant said that he was sure that this Chintan Shivir and positive approach suggested by Prime Minister Narendra or Amrit Kaal shall definitely lead to better Policing and Internal Security.
The chief ministers of eight states and home ministers and deputy chief ministers of 16 states have gathered in Faridabad, Haryana, for a two-day ‘Chintan Shivir’ (brainstorming session) on internal security with Union Home Minister Amit Shah chairing the session.
Prime Minister Narendra Modi also addressed the session on Friday through video-conferencing.