Amit Palekar seeks the blessings of God and residents of St. Cruz after being announced as the AAP’s CM face 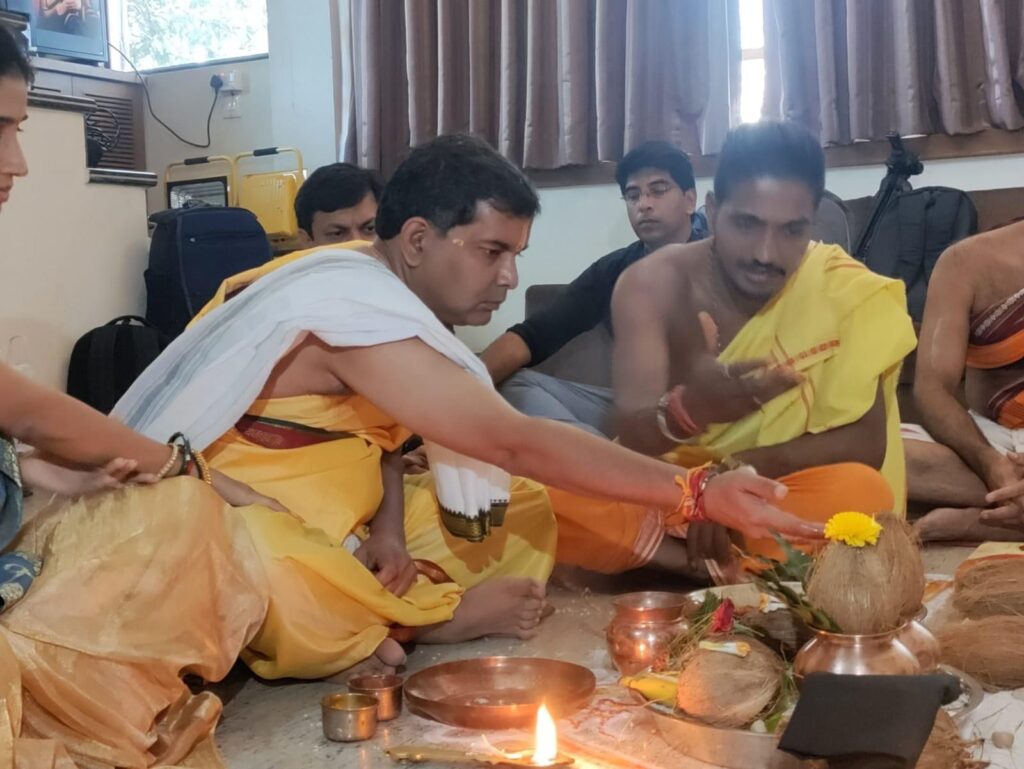 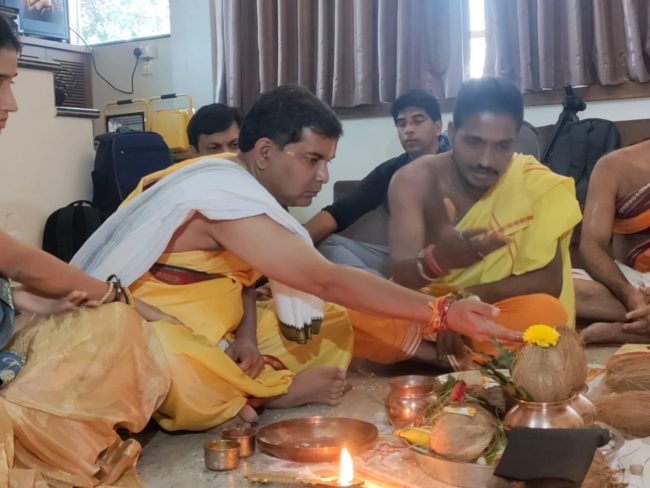 Advocate Amit Palekar, the AAP’s CM face and the party’s St. Cruz candidate, performed a pooja on Thursday at his Merces residence after being named the party’s CM face.

Palekar who has taken the current BJP-led government by storm by uncovering numerous scams and became a household name after his five-day hunger strike to save Old Goa heritage site has been announced as AAP’s CM face by AAP national convener and Delhi CM Arvind Kejriwal.

A new entrant to politics, Palekar, 45, will be contesting the polls for the first time on AAP ticket from the St Cruz Assembly constituency in North Goa.

On Wednesday, St Cruz residents who were excited to have a CM candidate from their constituency gathered outside Amit Palekar’s house to celebrate his selection as AAP’s CM candidate.

Palekar said, “I am grateful for all the love and blessings people have showered upon me. With the blessings of my mother and all Goenkars, I pledge to work for the betterment of Goa and its people 24×7. Victory shall be ours”.

A social activist and prominent lawyer, Palekar has practised law for the last 22 years. He has been a legal practitioner in both criminal and civil cases in the High Court as well as the Supreme Court.