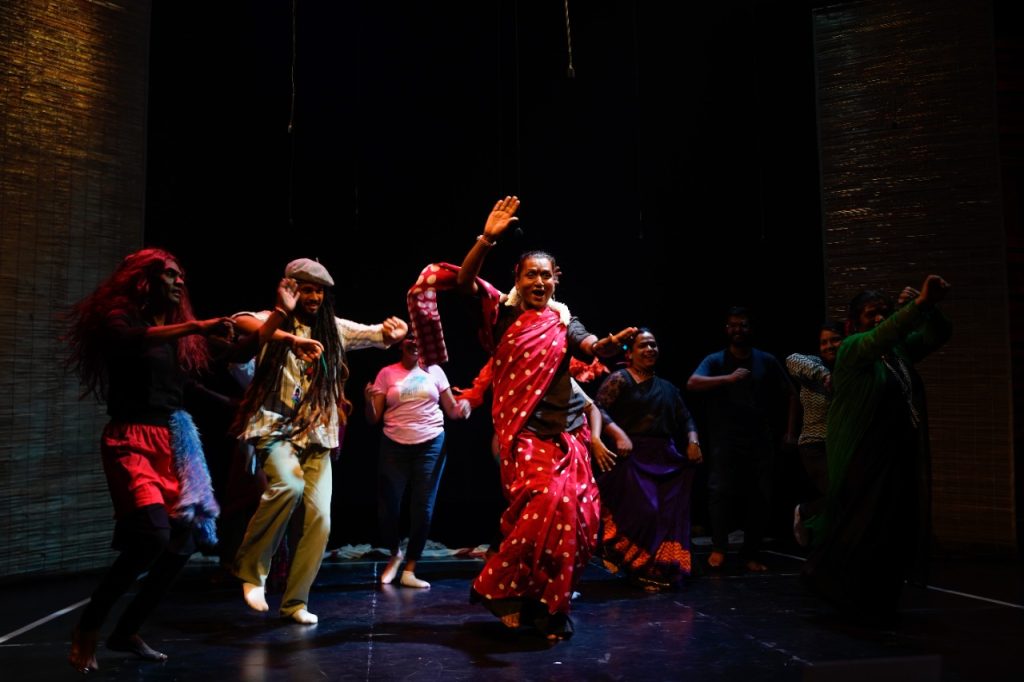 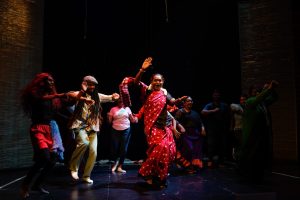 Goemkarponn desk
PANAJI: From navigating daily challenges like transportation or even when it comes to using public toilets, hardship for transgender women is an everyday affair, according to Shanthi Muniswamy, an artist, who was a part of the team which put up the play ‘Nava’ on the experiences of urban transwomen at the Serendipity Arts Festival 2022.
The play directed by Sharanya Ramprakash, which draws upon the nine rasas to tell the stories of nine urban transwomen, bringing their silenced bodies and voices to the centre stage, has invoked rave reviews from the audience at Goa’s premier art event.
Speaking about how the core concept of the play came about, Muniswamy said: “It was through a workshop that was conducted by Sharanya Ramprakash, who was the director of our play ‘Nava’. It emerged through the workshop, as we were sharing our life stories, and there were different emotions highlighted in each story”.
Muniswamy, who identifies herself as a transwoman, said that the challenges faced by transwomen were an everyday affair.
“The struggles and challenges are a daily part of our life. For example, travelling from part A to part B is very difficult when it comes to public transport. We have male seats and female seats, yet no seats are allotted for transgenders. Even using public toilets is limited to stereotypes and is not inclusive of the trans community. To add, there is fewer opportunities available at workplaces even though the Supreme Court has announced us as a part of society. What we need is to be considered equal human beings whilst identifying us as transgender,” she said.
Muniswamy also credited the director of the play Sharanya Ramprakash for putting together the unique production, which gives voice to transwomen’s angst on stage.
“We had gotten together for this play, and we always tried to attend rehearsals. Sometimes, it happened, and sometimes, it couldn’t because we all have different lifestyles. Despite that, we connected, we strengthened our act, and I should give credit to Sharanya Ramprakash for tapping the talent in us,” she said.