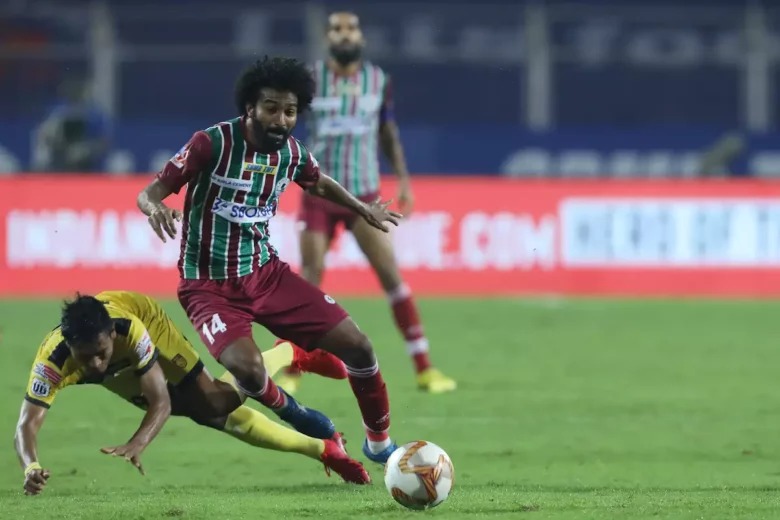 PANAJI: ATK Mohun Bagan and FC Goa have reportedly agreed to a swap deal for midfielders Glan Martins and Lenny Rodriguez
The exact opposite deal happened in January 2021 when Lenny joined ATK Mohun Bagan while Glan signed for FC Goa. The latter will be returning to the Mariners’ squad while Lenny will be joining the Gaurs.
Glan had lost his starting spot this season as FC Goa manager Carlos Pena mostly prefers youngster Ayush Chethri ahead of him. He has only appeared in 9 of 15 games, involving just 470 minutes. Lenny, similarly, has only played in 9 games and clocked just 442 minutes.
ATK Mohun Bagan was lacking options in midfield due to injuries, following which they signed Kerala Blasters midfielder Putia and now Glan. Both players will have to fight for their spots in the starting lineup.
Lenny Rodrigues’ experience would surely be an asset for Goa. The 35-year-old was previously part of the club for a time span of 3 years. In his last stint, he was upstaged by youngster Princeton Rebello, Goa’s then-manager Juan Fernando’s first-choice defensive midfielder.
FC Goa are sitting 5th on the league table and has a strong chance for a place in the playoffs. They have 23 points from 15 games, which includes 7 wins, 2 draws and 6 losses. ATK Mohun Bagan, on the other side, is currently placed 4th in the ISL table with 24 points from 14 games, which includes 7 wins, 3 draws and 4 losses. Their league championship challenge was troubled by injury issues, with French defender Florentin Pogba, Finnish midfielder Joni Kauko and Deepak Tangri all out for the rest of the season.