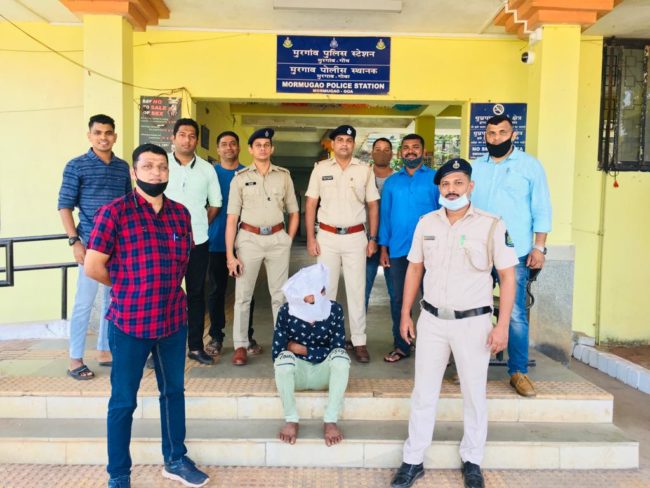 MORMUGAO: A 27 year old youth from Baina was arrested by Mormugao police team for possession of Ganja worth Rs.20000 on Monday night.

As per the information given by Mormugao police, on Monday night 20.25hrs to 23.00 hrs, near a washing centre in Baina a narcotic raid was conducted by PSI Aditya Naik Gaonkar upon
reliable and specific information and caught red handed person named Ansar Shaikh(27) from Baina for reportedly illegal possession of dry green colour leafy/ flowery parts of plants having peculiar smell suspected to be Ganja weighing 201 gms worth Rs.20000 approximately and
said illegal Ganja was seized under the Panchanama after following all mandatory
provisions of NDPS Act 1985 from the dickey of his scooter Activa bearing
No. GA-06-Q-1461 with which he had come to deliver the consignment to the customer
) In this connection Mormugao police u/s 20(b)(ii(A) of NDPS Act, 1985
has registered offence on Tuesday upon the state complaint of PSI Aditya Naik
Gaonkar of Mormugao Police station. A person has been placed under arrest on Monday at 01.10
Pm after observing all SC guidelines ) Further investigation is in progress with PSI
Aditya Naik Gaonkar.