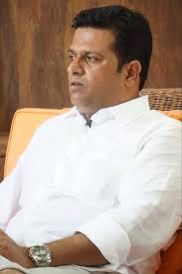 PANAJI: Hours after rumours of Goa Forward’s Saligao MLA Jayesh Salgaocar joining BJP tomorrow, the saffron party has dissolved the Saligao Mandal Committee of the party.
The development came after the Saligao block protested at BJP head office in Panaji against Salgaocars entry.
The block leaders threatened to quit and choose their own candidate to fight independent.
Along with the block in Saligao, the BJP also dissolved the morcha and cell committees at mandal level.
“Party is reshuffling committee hence it is dissolved today,” states party in an Press note.
Earlier in the day, the Goa Forward Party issued show cause notice to the MLA for anti party activities.
Salgaocar, however, said that he has not received the notice as yet.
“I am out of station and hence have not seen the notice, he said.