BJP will build an ecosystem that will provide jobs to youth: Vishwajit 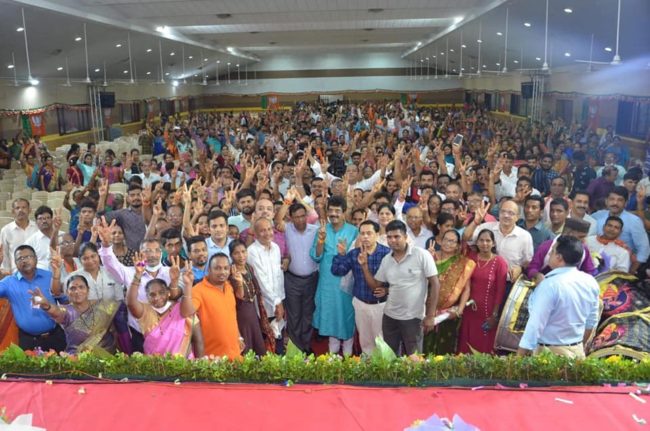 PANAJI: BJP Valpoi MLA Vishwajit Rane said that his party will build an ecosystem that will provide jobs for youth during this term.
“During this term, the Bharatiya Janata Party will build an ecosystem that will provide jobs for youth. We have also been able to establish a way of life in rural areas,” said Rane.
He further said they have certain expectations of us in terms of facilities comparable to those found in cities.
Rane also thanked funds provided by the centre and the support of Prime Minister Narendra Modi, due to which they can build a modern township in Valpoi.
“We are here for the people, by the people, to serve them in their best interest,” he added.
The Valpoi MLA said that the outreach programs are vital for staying connected to our people and the BJP family.
“We have ensured that the benefits provided by the government reach the grassroots level with the guidance and support of our party,” he said