“Bull with four gunshots on the body was standing was three days in pain.” 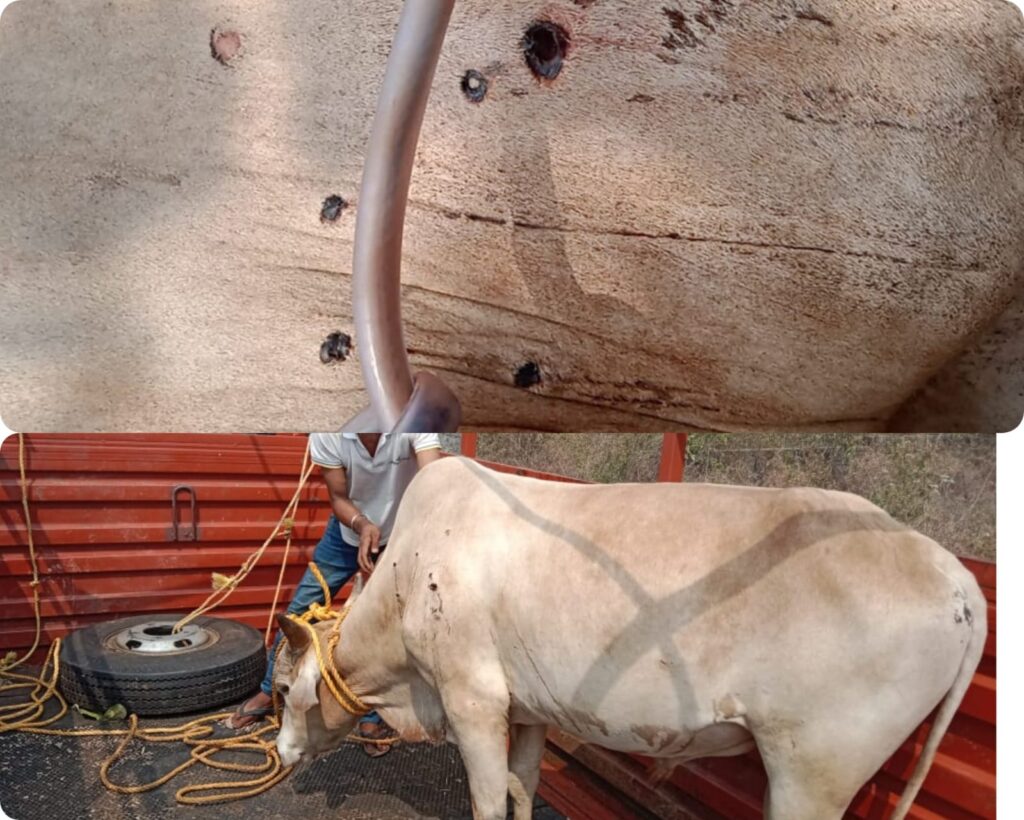 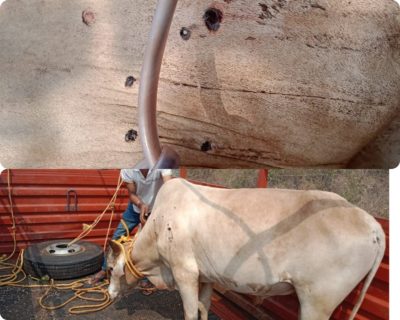 PANAJI: Farmagudi locals rescued bulls injured with four guns shots suspected of a local firearm near Goa Engineering College (GEC).
The locals were shocked and surprised by the incident as it happened close to a residential area, and the bull survived despite several unknown gunshots and the intentions unclear.
The bull was found in injured condition for the past three days behind a water tank at Farmagudi and was rescued with the help of an NGO and sent to Dhyan Foundation at Zambavali for treatment.
Animal lovers in Farmagudi, Ponda, who rescued the bull, condemned the incident and demanded a thorough police investigation.
Sanket Narverkar working for the rescue of animals, said the government should stop rising incidents of cruelty to animals.
The bull was found injured with wounds of four bullet shots of a firearm and was standing at the same spot for the past three to four days. Some locals contacted Bandora panchayat and an NGO.
The locals said the government should stop rising incidents of cruelty to animals.
Sanket Narvekar raised suspicion that the unknown poachers might have shot for poaching wild boar, and the bull at the spot might have been accidentally injured.
He said though the government declared wild boar as vermin, the license to shoot wild boar should be given to only government officials or forest staff so that unauthorized poaching of wild boar flash for a commercial purpose is stopped, which poses a risk to locals moving in forest area for collecting cashew nuts.
He said recently, a cow was injured after chewing a local bomb at Dumrem Kavlem, while in another incident at Kavlem, a dog died after chewing a local bomb planted for wild boar poaching.