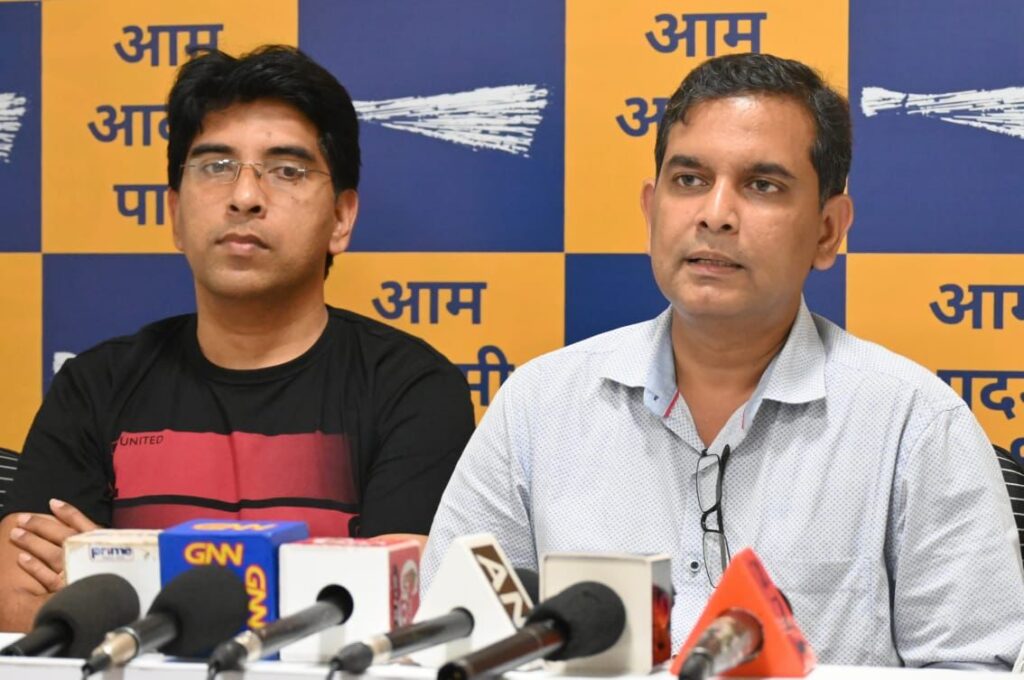 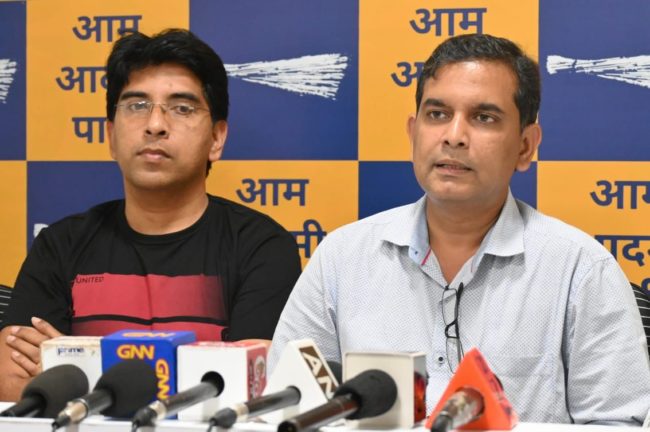 CURCHOREM: The Aam Aadmi Party CM candidate Amit Palekar took a shot at Power Minister Nilesh Cabral on Sunday, saying a 3000 per cent increase in Cabral’s wealth within five years explains why the state does not offer free electricity to Goans.
Palekar stated that Cabral’s 2015-2016 balance sheet shows that he had Rs. 9,50,474, while his 2019-2020 balance sheet says he has a total income of Rs.3,19,72,632. This represents a 3000 per cent increase. Referencing Phir Hera Pheri (2006) dialogue, which has inspired a myriad of memes, Palekar asserted that Cabral knows the ’25 Din Mein Paisa Doule Scheme’.
Palekar said, “Many criticised AAP national convener and Delhi CM Arvind Kejriwal for his free-electricity promise to the Goans.
The AAP has repeatedly stated that it is possible to give free electricity to Goan if we end corruption. However, currently, the money meant for Goans has been going into the pockets of politicians. The fact that Cabral’s income increased threefold within five years shows the extent to which the BJP ministers have indulged in corruption”.
Palekar called on the Goans to reach out to Cabral with money. As Cabral knows the “25 Din Mein Paisa Doule Scheme”, he will double the money. “Goa’s budget is Rs 21,056.35 crore and Rs. 1,40,000 has been spent on every Goan. After observing the Cabral’s properties increase, one can see where that money has gone. We need to oust such gabbars who are looting the people’s money. Cabral is preparing for Herapheri part 3. Now Curchorem people need to take this opportunity to vote for AAP to better the constituency”, he added.
AAP Curchorem candidate Gabriel Fernandes said, “Cabral promised a mining bypass in 2012, but the project is still unfinished. However, the project is not completed yet. He only managed to complete one road widening project costing 28 crores. However, it was just a stretch of 2-3 km of road, and he spent 28 crores on it. The people whose land gone for the project are angry over giving only 10-15 thousand rupees for a piece of land”.
“Despite being the MLA of Curchorem for 10 years, he has not completed the bus stand project, sports complex or Ravindra Bhavan yet. He has been a total failure. Now that the code of conduct has been implemented, Cabral has been busy improving roads. This time, he will not be able to win”, he added.