Cannot predict whether Sawant will be next CM: Vishwajit 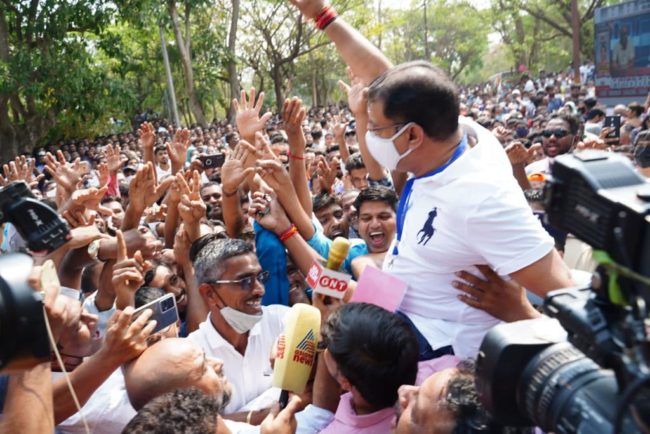 PANAJI: BJP Leader Vishwajit Rane said that he could not predict whether Pramod Sawant would become the state’s next chief minister and called it a sensitive question.
“I do not know; it is a sensitive question; I cannot predict whether Pramod Sawant will become the next chief minister of the state,” said Rane.
When asked whether he is in the race to be the CM, Rane said, “I will follow what the party seniors say. I am just a humble party worker.”
He further said that he would continue to work harder for the people of Sattari and Usgao.
“I am overwhelmed with the response; I would like to extend my heartfelt gratitude to the people for reposing their faith in me,” he said.
Rane said that he dedicates this victory to his leader Narendra Modi and all he has done for the state of Goa and the faith our people have placed in me.
“The result humbles me and that the people of Goa have reposted their faith in him,” Rane said.