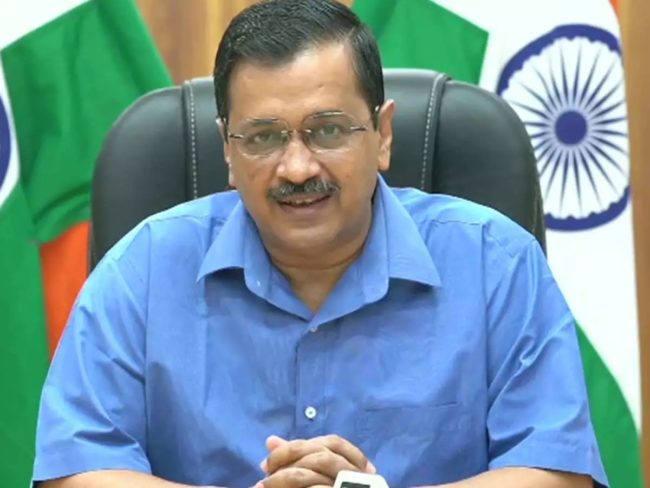 Goemkarponn desk
PANAJI: Reacting to the jobs scams, Aam Aadmi Party (AAP) National Convenor and Delhi Chief Minister Arvind Kejriwal today said that ministers taking money for recruitments will be jailed, and people’s money will be refunded.
“I am clearly stating that those ministers taking money for recruitments will be jailed, and people’s money will be refunded. This is a serious allegation made by a BJP MLA himself on a BJP Minister,” said Kejriwal.
He further claimed that people are of the opinion that such things will continue to take place and there will be no action.
“In Delhi, this is not the case, all the recruitments are done through a proper channel, and no MLA or minister takes bribe for giving jobs,”
He said that these jobs scams were taking place during the Congress tenure, too and this can change the key to change is in people’s hands.
“Goans have to change the system, the MLA, the Chief Minister and the Party; in Delhi, we have changed the entire system, only AAP can save Goa, finish BJP and Congress,” he added.
Meanwhile, On Monday, Aam Aadmi Party leader Advocate Amit Palekar demanded a judicial probe into the job scam matter within 24 hours.
AAP had also alleged that the principal of the government polytechnic college and a college lecturer were involved in manipulating government jobs.
“There have been 316 appointments by the PWD so far, of which no one was appointed on merit. Palekar has also claimed that no process has been followed during recruitment and that people have been appointed before appointment letters are issued,” AAP said.

Goemkarponn desk PANAJI: The High Court of Bombay at Goa has directed Shrem Resorts Pvt Ltd not to go ahead and conduct any commercial activity ... Read More

Goemkarponn desk SALIGAO: After the major success in getting a sitting MLA to resign and join the party, the Trinamool Congress has inducted two more ... Read More

Canacona. Rajeev Vijayan, 38 a native of Kerala and temporarily residing at New Wado, Bhatpal was arrested by Canacona police for alleged illegal possession of ... Read More