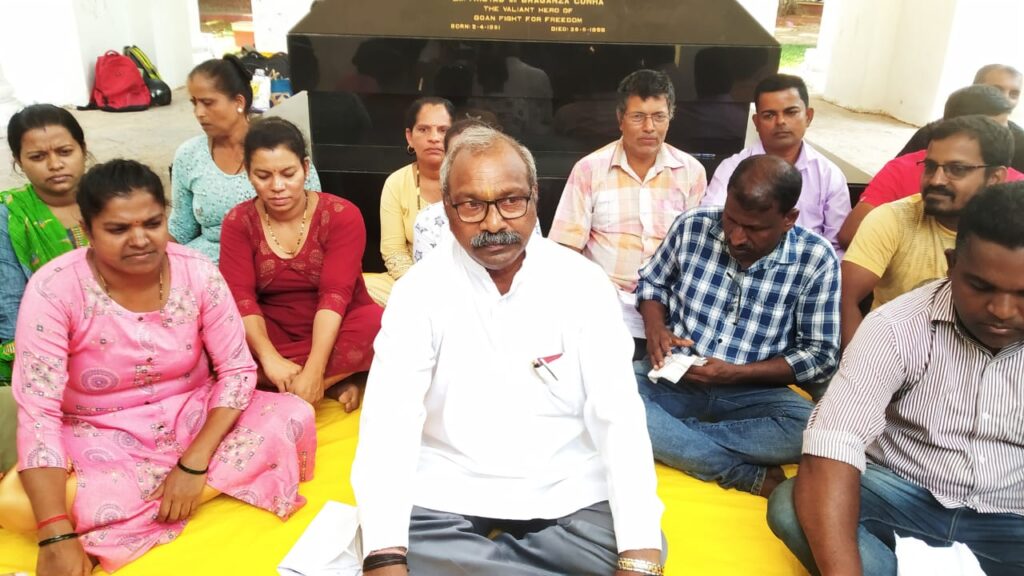 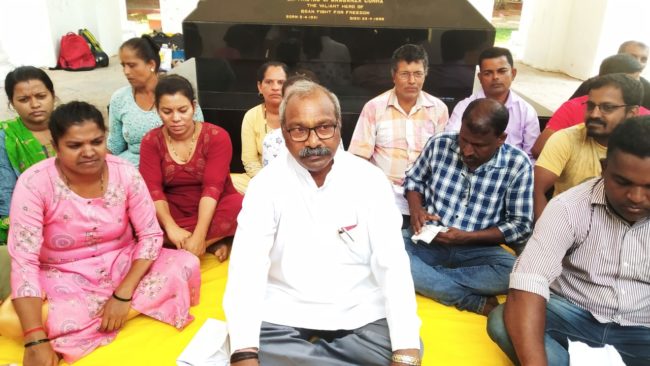 PANAJI: In a shocking incident, the IPHB contractual staff have claimed that the Corporation of the City of Panaji (CCP) officials demanded money to carry out their protest at Azad Maidan.
The IPHB staff claimed that CCP officials demanded Rs 2,500 per day to carry out their protest at Azad Maidan, which falls under the corporation’s jurisdiction.
One of the contractual staff said they had applied for permission with the North Goa Collection to carry out a hunger strike, but we have still not received the permission.
“We had submitted the letter to Collector on April 13 but have not been granted permission to carry out Hunger strike protest; they have just been calling us on day to day basis,” he added.
Speaking further, the staff also said that CCP Officials had visited the Azad Maidan and demanded that Rs 2,500 per day should be given to carry out the protest.
“As of now, no one from the ruling side has come and listened to our grievances,” they said.