Govt's aim is to begin research at the newly inaugurated Goa College of Agriculture, says CM 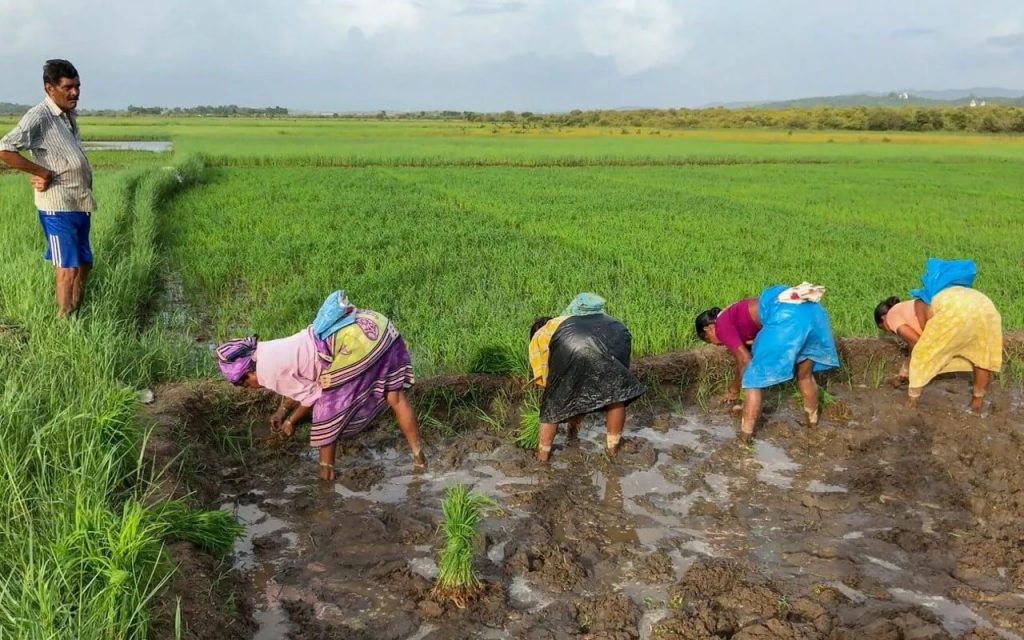 Goemkarponn desk
PANAJI: Chief Minister Pramod Sawant today called upon the farmers to venture into the inter-cropping system.
Chief Minister Pramod Sawant was addressing the gathering today after inaugurating the Goa College of Agriculture along with Agriculture Minister Ravi Naik, Cumbarjua MLA Rajesh Faldesai and North Goa ZP Chairman Siddhesh Shripad Naik.
“I called upon the farmers to go for inter- cropping system and also urge the agricultural officers of Goa to strive to convince local farmers to venture into intercropping, particularly the turmeric and other spices, by informing them of its benefits and supplementing returns,” said CM Sawant.
He further highlighted the need for proper education for our farmers with regards to spice production, its process and marketing.
“There is a need to promote spice farming in Goa. The spice production can be increased with the adaptation of modern technology,’ he said.
Sawant said the government’s aim is to begin research at the newly inaugurated Goa College of Agriculture.
“Before passing out of the first batch of BSc in agriculture, we will begin with Msc in Agriculture course at this college. We have planned it in such a way. I feel good that this college has started in my tenure,” he added.
He informed that land for the new college building has already been identified, and the building will be completed in the next one and half years.
Meanwhile, Chief Minister informed that the first preference will be given to Goan students, and if any seats remain vacant, then they will be granted to outsiders.
“There are ICAR norms for the seat reservation, and as per that, the state government has to follow those laws,” he added.