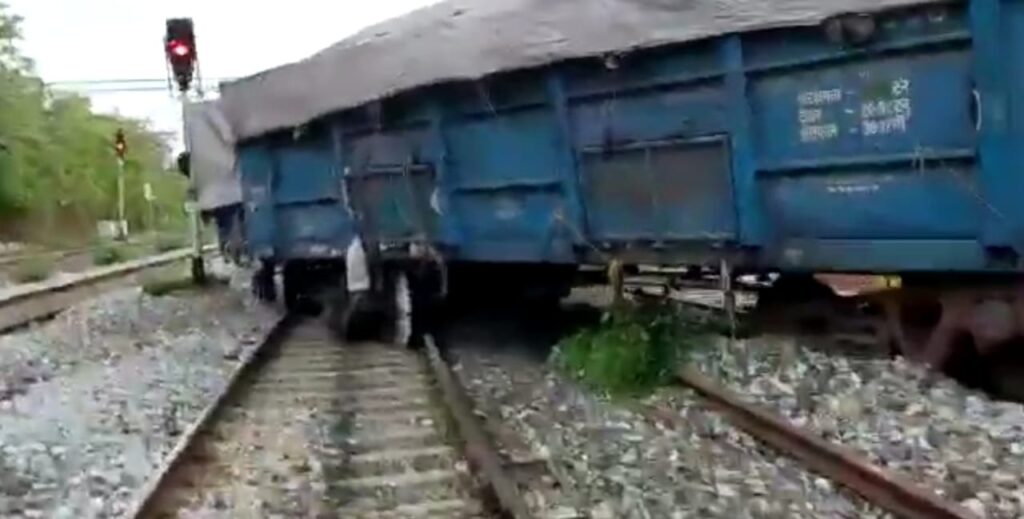 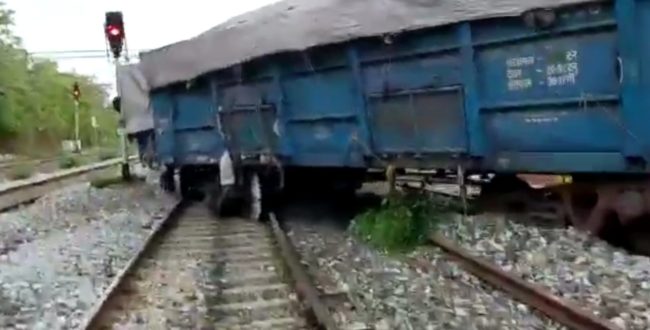 COLLEM: Five coal-laden train wagons derailed on Sunday evening at the Collem route were re-railed after speedy work and effects put on by the SWR staff with the help of a special crane and mechanised machinery at 10.15 pm on Sunday.
Many regular travellers of the Collem-Vasco route panicked after the news of railway wagons derailing surfaced in most mainstream media. Many passengers were worried about regard to the functioning of other passengers and interstate trains. But fortunately, the South Western Railway staff were quick enough to sort out the issue within a few hours.
When contacted, Anish Hegde, Public Relations Officer of SWR, confirmed the news that on Sunday evening at around 6.30 pm, five train wagons carrying coal were derailed and moved ahead 150 to 200 meters.
He further informed that the SWR staff were Swift enough to rush to the site, and with the help of mechanised machinery and a crane, the wagons were re-railed at around 10.15 pm on Sunday. The railway lines one to two were clear at night. There is no problem with railway transportation. No injuries were reported to anyone,” said Hegde.