Fear that casinos could be docked in the area 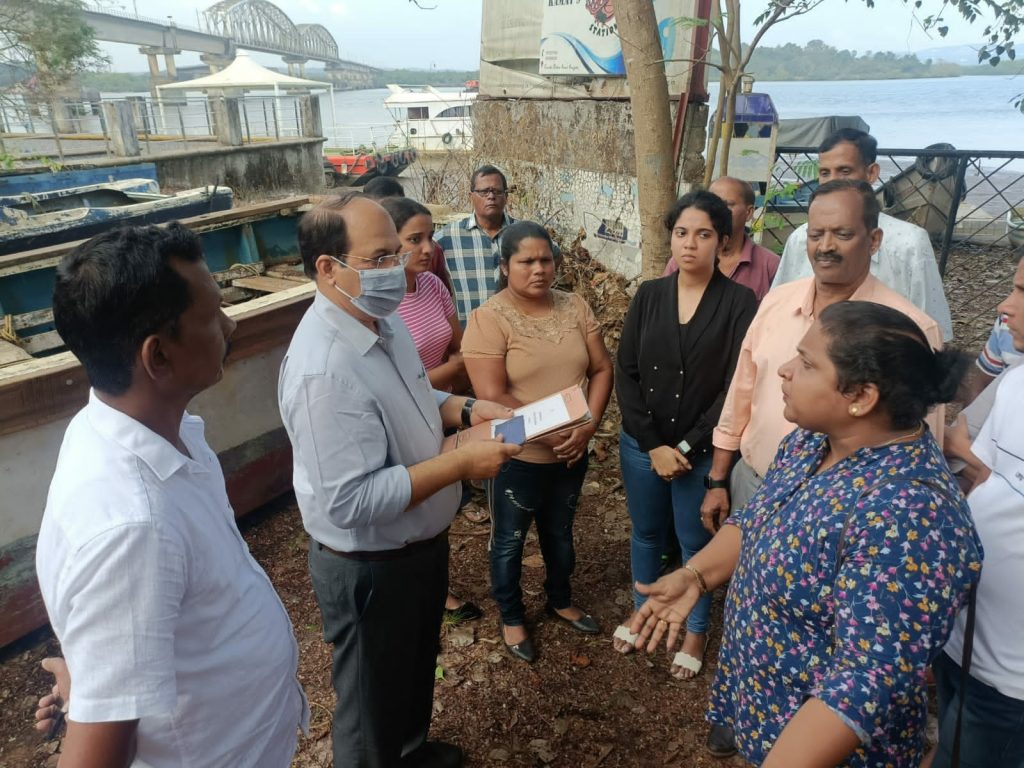 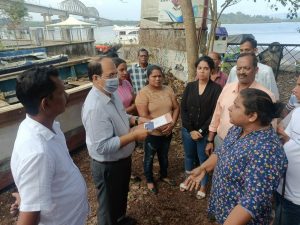 Goemkarponn desk
CORTALIM: Cortalim MLA Anton Vas and the Cortalim Panchayat have opposed the move of the River navigation department (RND )to tender the Jetty near Cortalim Ferry point for tourism activities while fearing that casinos could be docked in the area
The Cortalim MLA Anton Vas, along with Cortalim Panchayat members, met the Captain of Ports (COP) regarding the issue and even called for a joint Inspection to understand the details of the project.
Vas, who claimed that neither the MLA nor the panchayat was taken into confidence, even shot a letter objecting to the move of the RND to tender a jetty without any information
“I read the advertisement on paper and informed the Cortalim Sarpanch, and she said that she had no idea about it. The entire village had opposed the move when the Jetty was offered for tourism activity years ago. The people are still objecting to the offering of this Jetty because this area cannot handle tourism activity, heavy traffic or other activities in the name of tourism,” Said Vas.
He said he has also met the CoP with the panchayat and had a discussion, but they did not give us details and have written already and asked them for the details of the activities that are to be conducted here.
“The people have fears that there could be casinos docked here and loud music will be played late at night. The people have stoned the boats here in the past due to loud music, and we don’t want confusion here because the RND has neither taken the MLA nor the panchayat in confidence,” said Vas.
Cortalim Sarpanch Senia Periera said she would take a gram sabha and take a public view on the issue because the people could blame the panchayat later.
“We were shocked by the advertisement, and the MLA Anton Vas immediately took us to the CoP, where we had a discussion and even called a joint meeting. The locality is densely populated, and traditional fishermen will be adversely affected if the Jetty is offered to private players,” she said.
Periera said the department has not shown us what activities will take place, and we are totally against this move and oppose the plan. We will have a body meeting and a gram sabha and take the suggestion and take the next call accordingly.
“The panch members are totally against the project, and we will also enquire how a part of the Jetty is already given and why the panchayat was never taken into confidence when the Jetty was planned to be given to private players,” said Periera.
Cortalim Dy Sarpanch Divya Raikar said that the panch members were not aware of the tender till Monday.
“It is absolutely wrong that such activities are planned without intimation to the local panchayat because there will be a sudden surge of tourists who will park on this narrow road. The Cortalim is already full of migrants, and this issue should be tackled properly so that the panchayat is at least aware of the activities planned because we are answerable to the voters. We need to have an idea, and the serenity of the village must not be spoilt in the name of tourism activities,” said Raikar.