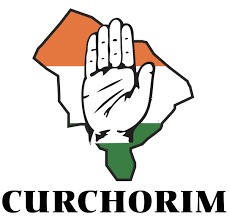 CURCHOREM: There is a strong sense of ambiguity in the Congress block Curchorem leaders about who will be the Congress candidate from the Curchorem constituency. With the Assembly election approaching fast, some active Congress workers are waiting eagerly when the state Congress committee will announce its candidature in Curchorem.
The delay in announcing the Congress candidate in Curchorem has become a matter of concern among some senior Congress supporters and the workers from Curchorem.
Discussions on this issue within the Congress block and outside the Congress circle are ongoing in full swing.
It is well known that there are few front runners and aspirants for the Congress party ticket from Curchorem. It is most likely that the ticket should probably go to one of these aspirants.
But if some new person is given the ticket, it will once again give enough fodder for the people to churn during this election time.
Considering the current state of affairs in the state, there are chances of a grand alliance against the BJP. The Curchorem constituency has also shown that there is a growing sense of anxiety in the minds of the candidates who are willing to contest on Congress, MGP or Trinamool Congress ticket.
When contacted some Congress party members from the Curchorem constituency to know their views on the present politics, The Curchorem Congress worker reacted by saying that there is a curiosity and anxiety among the aspirant candidates and workers to know when the Curchorem Congress candidate will be announced.
Former Curchorem block Congress president Ali Sheikh said that “there is no difference of opinion in Curchorem Congress committee and we are with the two current aspiring candidates”. “If they declare any of them as their candidate, then we will back them, but if the party announces some new candidate as an option, then we won’t support”.
Curchorem Minority President Irfan Killedar said that “our unity is strong, and there is an atmosphere of dissent among us”. “We will support Congress in coming assembly elections,” Killedar said.
Curchorem Congress worker Tejas Sawant said, “We are getting excellent response from the people from door to door campaign, and it is certain that the people of Curchorem want to change this time”. “It will be the battle between the Congress and the BJP in the forthcoming Assembly elections.”
Siddhesh Kanekar said that “the opposition is only spreading propaganda and misleading people against the Congress, but the unity among our workers is strong”. “our workers won’t fall prey to the promises and rumours and will support that candidate who will be nominated by the party”.