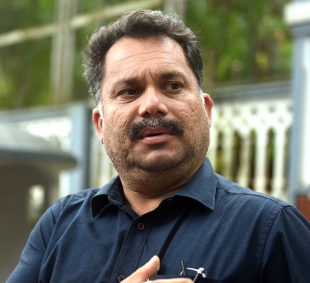 PANAJI: PWD Minister Niles Cabral directs his department to make all roads potholes free by May 31. Says if any potholes remain, the concerned engineers will be held responsible.
This is yet another deadline by a PWD minister, last year then, PWD minister Deepak Pauskar gave a deadline for repairing the potholes, but nothing happened even as he blamed the monsoons for the delay. Finally, aa potholes stayed, people sent him home, and a new PWD Minister, Nilesh Cabral, was appointed.
Cabral on Friday said that the roads would have to be repaired by May 31, failing which the engineers will be taken to task.
Year after year, citizens have raised concerns over road engineering in the state, which especially becomes a topic of discussion after heavy rainfall leaves roads potholes ridden or submerged in water, as in Guirim at present. Data from the Union ministry of road transport and Highway (MoRTH) shows that the citizens’ apprehensions are not misplaced.
The nature of roads is the cause of nearly a third of the accidents that occur in Goa, the MoRTH report said.
Of the 3,440 road accidents that took place in Goa in 2019, 1,160 occurred because of the type of road, leading to 66 deaths, as per the MoRTH’s analysis of road accidents.
As many as 729 accidents took place due to the curvature of the road, killing 35 persons, and 127 accidents took place on T-junction, leading to the death of 25 persons. Of the accidents, five were due to potholes, resulting in one death.