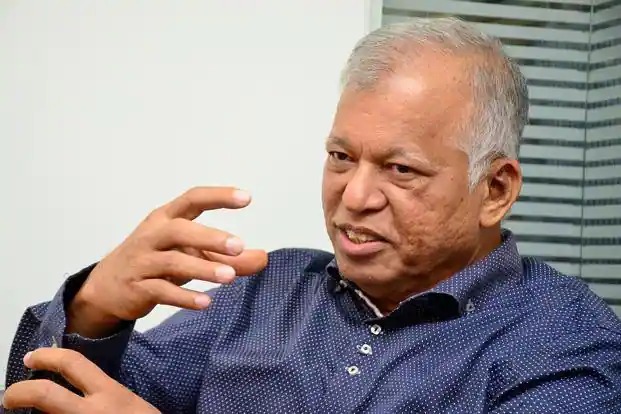 Goemkarponn desk
NEW DELHII:
A day after taking oath as a member of the Rajya Sabha, AITC National Vice-President and former Chief Minister of Goa, Shri Luizinho Faleiro today launched a full-blown attack at the ruling BJP government in Goa in his maiden speech which was made during the Zero Hour. Keeping his promise to raise Goa-centric issues in Parliament, the newly elected Rajya Sabha MP called the three contentious linear projects as ‘3 cardinal sins’. He demanded the resumption of sustainable & legal mining and the immediate recovery of Rs 35,000 crore lost due to illegal mining in the state. Shri Faleiro also highlighted how the BJP Govt had cheated Goans and diverted the water of Mhadei river Karnataka, and how they had been destroying UNESCO heritage sites in Goa.

Kicking off his fiery speech, Shri Faleiro attacked the BJP Government for destroying Goa’s environment. He said, ‘The Goa government has undertaken major projects which have not only destroyed but devastated the economy, ecology, environment and livelihoods of the people of Goa. The BJP government has signed for the transportation of 13 million tonnes of coal through Goa to Karnataka. Goa is an international tourist destination, not a coal destination. It is a health hazard and Goans are suffering due to this.’

Speaking about the three controversial infrastructure projects which run right through the protected Mollem forest, Shri Faleiro said that the doubling of railway tracks, expansion of the National Highway and the Tanmar power transmission project have all led to the destruction of the fragile ecosystem in Goa. ‘The 3 linear projects are 3 cardinal sins on the people of Goa. They were mainly proposed to transport coal from Goa to the hinterland. This has not only devastated our forests but also wildlife sanctuaries which have been the sanctum sanctorum of Goa,’ Shri Faleiro said.

Urging the government to restart sustainable and legal mining, Shri Faleiro said, ‘Mining sector is the backbone of Goa’s economy. Successive governments have stopped mining which has affected nearly 2.5 lakh people who are now on the roads.’ He added, ‘Rs 35,000 crore of illegal loot which was mentioned by the Justice MB Shah Commission report (appointed by the Supreme Court) hasn’t been recovered so far. I request the government to ensure that this money is recovered as per the assurances given to the Supreme Court.’

Making full use of the opportunity given to him, Shri Luizinho Faleiro was quick to raise another pertinent Goa specific issue, that of the diversion of the Mhadei river waters to Karnataka. He said, ‘Goa worships its rivers, but Mhadei, the lifeline of Goa, had been diverted to Karnataka. The diversion had resulted in the devastation of the ecology and environment of Goa.’

Not just that, the senior TMC leader also slammed the BJP regime for a recent illegal construction at a heritage site in Old Goa. He said that the state government was destroying historical, heritage sites which had been recognised by UNESCO.

Goa TMC promises to continue being the voice of Goa at the national level. The party will continue to highlight the misrule of the BJP Government in Goa and will continue to be a credible alternative that can provide immediate solutions to the problems of Goans, thereby ushering in a new dawn in Goa.