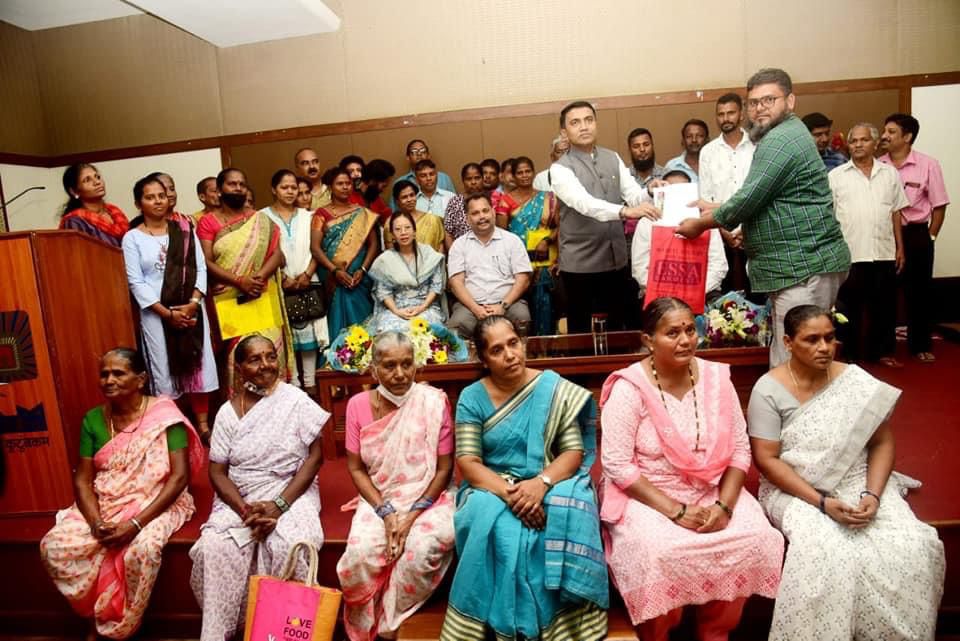 Goemkarponn desk
PANAJI: After a long delay, Chief Minister Dr Pramod Sawant today finally distributed a letter of allotment of kiosks to vendors of Bambolim.
“Those who have done business there for the last 25 years, it was the duty of the state government to rehabilitate them. Also, we took the compound of GMC a step behind to accommodate these newly built kiosks. We have created 60 kiosks for a whopping cost of Rs 3 crore,” said Sawant.
He further informed that the kiosks have been allotted to the people in a transparent manner without any specific demands.
“The North Goa Collectorate had issued lots under video representation in a bid to keep the allocation transparent. The remaining 28-30 people will get allotments in the next phase,’ he added.
Sawant said that the minimum rent for the premises will be Rs 1000 per month while the owners will have to bear the expenses of electricity and other expenses.
“There will be a strict check on whether people are still selling their commodities outside on the roadside. Today we have done allotment of 28 kiosks; the remaining 4 will be done in the next few days,” he added.
It may be recalled that authorities demolished the illegal structures outside the GMC Complex on July 1, this year. Since then, the vendors have been demanding rehabilitation in the same vicinity.
The kiosk owners had earlier stated that despite the contractor submitting the completion certificate to PWD, the PWD had not communicated to the Collector’s office about the same as they said that the Collector would do the rehabilitation process.
PWD Minister Nilesh Cabral, St.Cruz MLA, Rodolf Louis Fernandes,Collector,North Goa, Mamu Hage, IAS & Dy.Collector, Tiswadi, and Rajesh Ajgaonkar were present for the function.