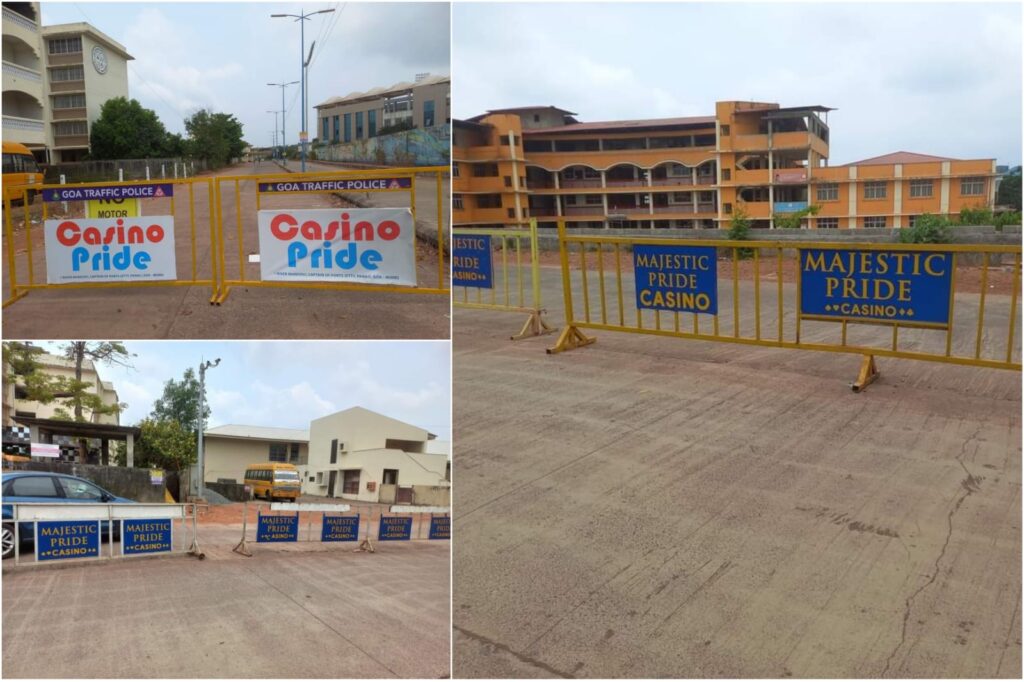 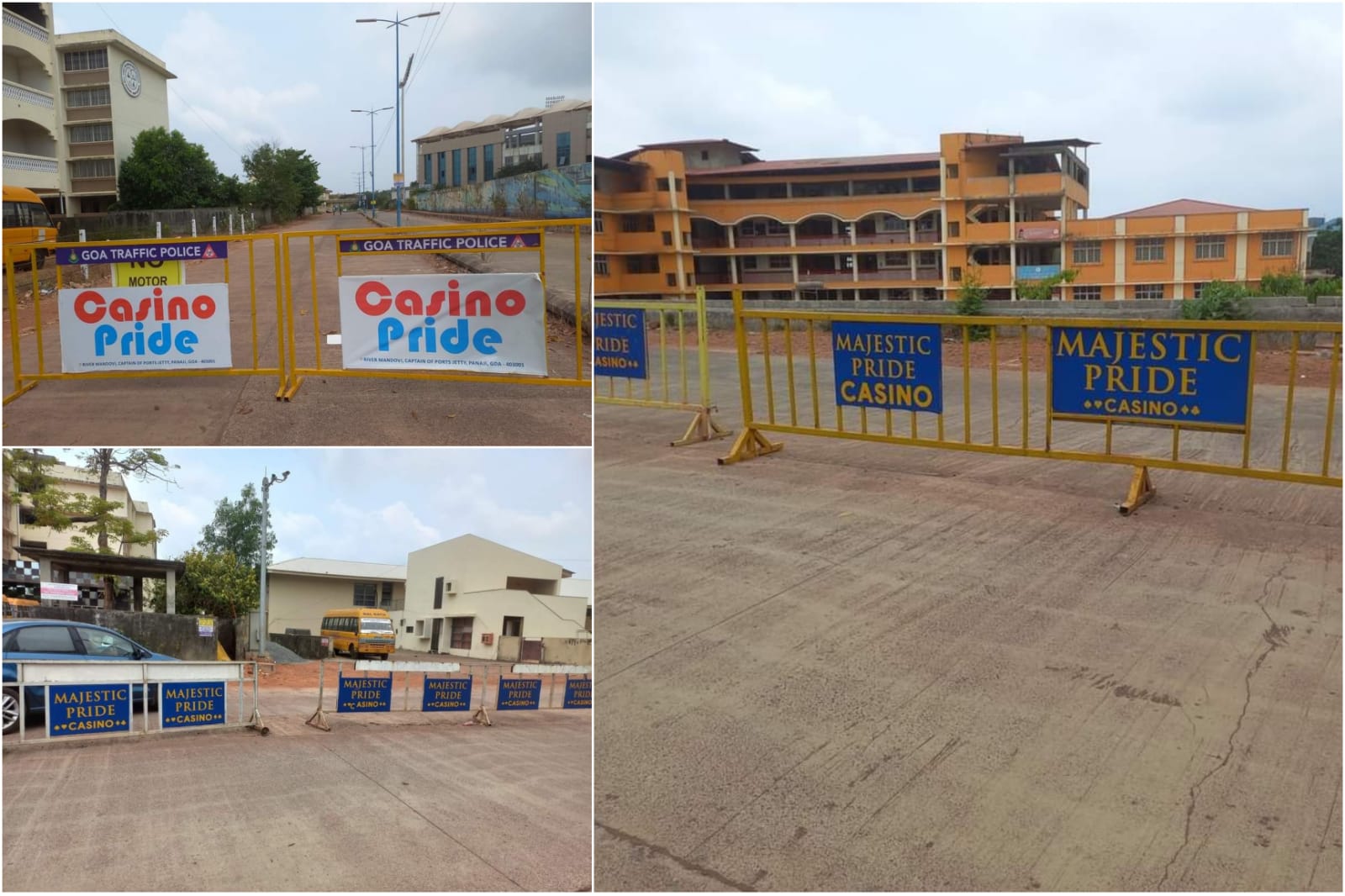 PANAJI: It’s no secret that the Goa Government is in a tight situation viz-a-viz the finances; no matter how many manipulated surplus budgets they present, the reality is that – Goa is going through a severe financial crunch.
With the mining operations shut for four years now, the tourism industry seeing ups and downs due to the COVID19 pandemic, the casino industry seems to have become the only life-saver for Dr Pramod Sawant’s government.
A tourist will only find Casino ads on traffic barricades to advertisements on government properties and airports when they reach Goa as if Goa has become some kind of a SIN CITY.
In the last 15 days, two occasions prove how much the Dr Pramod Sawant government is dependent on casinos.
Worse is that they have now started taking the funding of the gambling companies in the education sector and the advertisement is not just restricted to bus stands and airports.
On Tuesday, Chief Minister Dr Pramod Sawant attended the CSR Function at the Govt High School, Dhargal, Pernem, where Delta Corp, the owners of Casino Deltin etc, for funding the equipment in the school.
“The Delta Corp equipped the Dadachiwadi School with various educational and technological aid and sports equipment. The CSR participation in the school education sector shall offer good facilities, which will further the connection and coordination between corporations and educational institutes in Goa for the better future of students,” the CM said in his tweet after the function.
It is an open secret now that the government intends to open an Entertainment zone near the Mopa airport wherein all the casinos (onshore and off-shore) will be housed. For this, the casino companies like Deltin have bought huge tracts of land.
The local activists have opposed the plans, though, but they have the government’s backing, and CM’s tweet is an example of how the government is promoting casino culture.
Activist now says that this is another way of finding favour of locals by teh casino industry by funding schools and other infrastructure.
Activists ask why not take the support from cleaner industries like pharma and IT industries? Why only casinos?
A few days ago, there was a case of police using barricades of the casino advertisement at the entrance of schools where the board exams of 10th and 12th standard were being held.
There was an uproar about why the government must use casino advertisements near schools.
Journalist Kishor Naik Gaonkar, who is also the Editor of the local channel Goan Varta live, said in a tweet, “Papa, what’s this board’s about’? Beta it’s a Gambling company that pays revenue to the state & from which Govt. imparts education to you and salaries to your teachers. Casino advertising boards welcome parents, students, and teachers at the gate of the Cujira complex.”
What Gaonkar tried to say was a student answering the parent what this board was about, and the father explained what it is, indicating Goa is totally dependent on casinos for funds.

Is this Swayampurna Goa ? Is this Casinos Schoolanchya Dari ? Is this Satya Satatya & Sarvangin now ? Is this Azadi ka Amrut Mahotsav ? Is this Skill India or New make in India ? Is this BJP for Goa ? Is this new Scheme for Students ? What exactly is this CM
@DrPramodPSawant ?