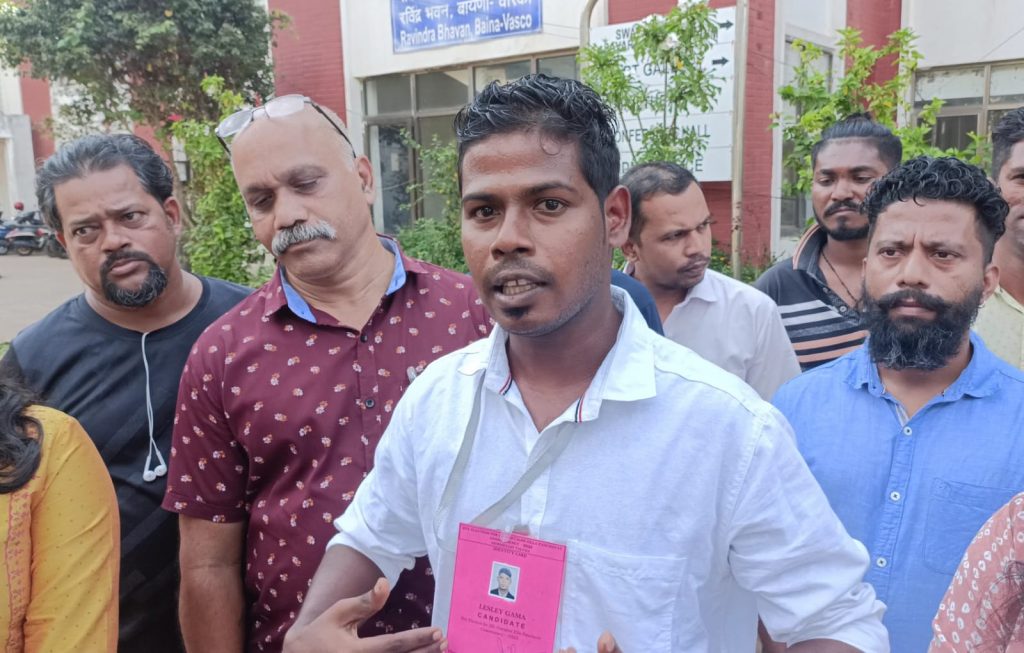 Goemkarponn desk
CORTALIM: Revolutionary Goans backed candidate Lesley Gama who came second in the ZP Bye Poll Elections, hit out at the Congress leader Olencio Simoes who had earlier said that RG had placed a weak candidate to split the votes and favour the BJP to win elections.
“Silencio has been shown his place by the people and the Congress, and the people have finally realised who is the real weak candidate and could not even reach closer to my position today. I want to advise them to think a hundred times before they make a Statement to defame others,” said Gama.
“Contesting for the first time against the wife of a sitting MLA in power and coming second is not a joke, and this is only because of my supporters’ efforts and the people’s love. Revolutionary Goans is growing as a party, and we will get stronger as time passes by. I also appeal to the people to stand with us and give us a chance to work for them. We had a very low turnout this time, and it reduced our votes, and I appeal to the people to not abstain from voting, which is their fundamental right,” said Gama.
“RG is growing to be a strong force across Goa, and we will continue to work for the people immaterial of whether our candidate wins or loses. I was confident that I would get good votes and that we would at least come second,” he said.
He said the people have proved that they don’t want Congress anymore.
“Congress always said that RG had placed a weak Candidate to split the Votes, but it has been proved that they had actually placed a weak candidate to split the votes. The Congress must prove that they are a strong force because the people have realised their worth, and I will continue my work and people can approach us for any work whenever they want, and we will be available 24x 7 for the people,” said Gama.