GCCI demands remission of CCP charges for all business establishments 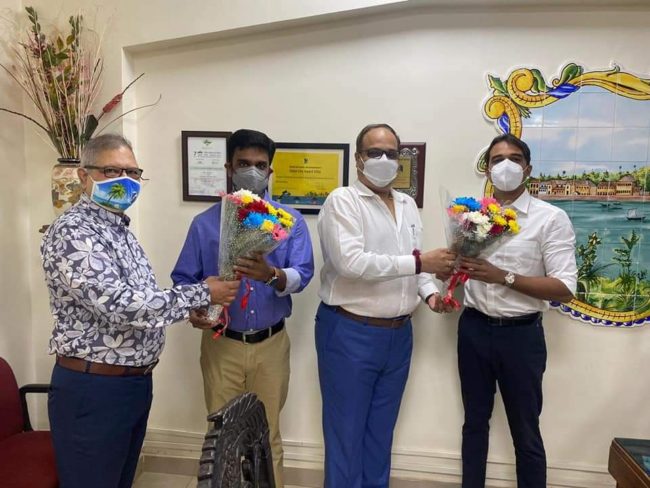 Goemkarponn desk
PANAJI: The Goa Chamber of Commerce and Industry met the new Corporation of City of Panaji Mayor Rohit Monsrratte and demanded remission of charges for all business establishments.

The delegation qas lwd by Manoj Caculo – President of GCCI along with Vice President Ralph De Souza met with the newly elected Mayor of CCP Rohit Monserrate and Dy. Mayor Vasant Agshikar and presented them with a representation.

The GCCI said the delegation demanded remission in CCP charges for all business establishments in the capital city which were forced to shut down their businesses for prolonged period during the COVID induced lockdown.

The newly elected Mayor appreciated the demands put forth by the Chamber and assured the Chamber delegation that he will consult the CCP authorities and take some decision in this matter soon, the GCCI stated.

Chamber had earlier requested the State Government to give suitable remission in fees and charges throughout the State
in all municipality and panchayat jurisdictions.