GMC forms Medical Board to review cause of SIDDHI’s death 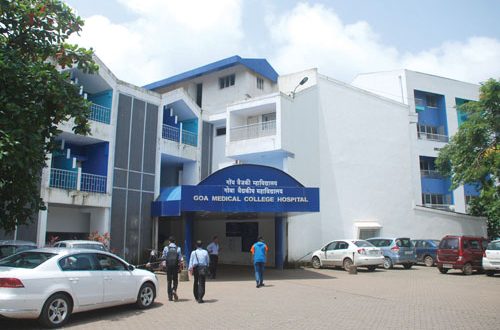 Goemkarponn desk
PANAJI: The Goa Medical Colege on Saturday formed a three-member Medical Board to review the cause of Siddi Naik’s death.
The development comes a day after Calangute police wrote to Dean to form a medical Board and review the death as the father had lodged an official complaint of murder.
GMC Dean Dr Shivanand Bandekar has formed a three-member board that included professors.
The Board members are – Dr Wiseman Pinto, Professor HoD of Pathology Dept cum Dean faculty of Goa University, Dr Guruprasad Pednekar, Professor HoD OBG dept and Dr Andre V.Fernandes, Professor Forensic Medicine, GMC.
Interestingly Dr Andre was the professor under whose supervision the postmortem was conducted on August 12, which had termed the death due to drowning.
Speaking to Goemkarponn, Siddhi’s father, Sandeep Naik, said that the police have started moving after he officially lodged a murder complaint.
“Hope now at least my daughter will get justice,” he said.
In the complaint handed over Calangute PI Nolasco Raposo, Sandeep Naik said that his 19-year old daughter Siddhi, working in Porvorim, went missing from 11/8/2021 morning, a complaint in this regard was lodged at Mapusa police station.
“For the last time I had seen her alive was on 11/8/2021 morning when I dropped her at Green Park bus stand Mapusa, from where she was supposed to go for her work at Porvorim. However, her dead body was found on the next day early in the morning (on 12.8.2021 at 6.40 am), at Calangute beach, which was noticed by a lifeguard,” he wrote.
He says he had not seen the body on the beach but identified the same as his daughter after being shifted to GMC Morgue by the police.
“The moment I realized that my daughter is dead, I went in shock and hence could not raise any doubt of foul play against my daughter’s death, even though I notice that there were no clothes on the dead body except the panty,” he said.
He said the postmortem was conducted by a doctor on the dead body on the same day.
“After taking my signature on the report and police formalities were over, the dead body was handed over to me along with one “No Objection Certificate” to conduct final rites on the dead body. Hence, we did our last rites in our village crematorium,” he said.
He said that after postmortem, lady police told him that Siddhi died due to drowning.
She said she would give me a copy of the postmortem report later at the police station once investigations get over.
“Only after a week, I came across two viral photos of the dead body of my daughter in which dead body was seen lying on the beach sand without clothes. If I had seen these photos on the day of postmortem or actually seen the dead body on the scene, I would have surely lodged a complaint of foul play in the death of my daughter. Since I had not seen these photos earlier, I had not raised suspicion of foul play at the time of postmortem,” he said.