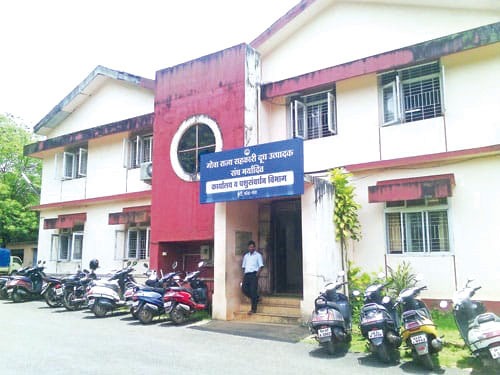 PONDA: The Election for Goa Dairy’s Election for 12 Member Board of Directors (BoD) is scheduled for 19 June, and all together, 38 Candidates are trying their luck.
This includes some former directors and former chairmen of Goa Dairy.
The Goa Dairy has been in controversy and scams for the past three years, and after RCS dissolved the Goa Dairy Board in 2019, its affairs have been looked after by Government-appointed administrators for the past three and half years.
Earlier, 43 candidates had filed their nominations. However, five were rejected after scrutiny. Returning Officer Raju Magdum also allotted election symbols to all the candidates. Earlier, there was an attempt by politicians to elect the Goa Dairy panel unopposed; however, this effort failed as some candidates refused to withdraw their nominations on the last date.
The Chairmans of 173 milk supplying Societies to Goa Dairy will vote to elect the 12 Members BoDs on Goa Dairy, while Government appoints three members on Goa Dairy.
The 28 candidates who are contesting BoDs election includes Navso Arolkar, Chandrakant Bhatikar, Ajay Desai, Anup Desai, Bhagirathi Desai, Dananjay Desai, Sandeep Desai, Baburao Desai, Vithoba Desai, Sudhir Dauskar, Dayanand Faldesai, Rajesh Faldesai, Ravindra Faldesai, Babu Falo, Manguesh Fernandis, Aselmo Futardo, Viajyakant Gaonkar, Prakash Zalmi, Nilesh Malik, Govind Naik, Shrikant Naik, Adinath Parab, Gurudas Parab, Gurudas Shantaram Parab, Madan Parab, Vaibav Parab, Sandesh Patil, Shivanand Pernekar, Uday Prabu, Vikas Prabu, Nitin Prabugaonkar, Madhav Sahakari Deepaji Sardesai, Nyaneshwar Sawant, Durgesh Shirodkar, Pramod Sidhye, Ulhas Sinhari and Vishwas Shukhtankar.
Meanwhile, some former directors contesting elections are facing charges of mismanagement, and the matter is sub-judice.
The RCS suspended them in 2019 following its inquiry revealed mismanagement in purchases of raw material and machinery. However, those Directors have challenged the RCS order in Court. The Court allowed these directors to participate in the Election on the condition that if they were elected, they couldn’t reconstitute Board until Court gave its final decision.
After RCS dissolved the Goa Dairy Board in 2019, it was managed by a Government-appointed administrator for the past three and half years. Goa Dairy BoD was elected earlier in 2017, and its tenure ended on 7 May 2022.