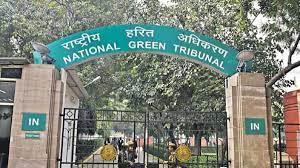 PANAJI: After failing to meet the August 31 deadline, the Goa Government has once again approached National Green Tribunal (NGT) seeking six months extension to complete and finalize the coastal zone management plan (CZMP) for the State.
The NGT had in June directed the State government to complete the process of finalizing CZMP by August 31. A public hearing on the plan was held on July 8.
Director Environment Dashrath Redkar, in an application filed before the green bench on September 23, has said that Goa Coastal Zone Management Authority (GCZMA) will require additional 60 days to complete the entire exercise of physical verification and ground truthing of all the objections and suggestions which will be forwarded to National Centre for Sustainable Coastal Management (NCSCM) for finalization and verification.
Once the draft CZMP is received by the State from NCSCM, the same will be sent to Union Ministry for Environment, Forest and Climate Change (MoEF&CC) for approval and final notification which will require additional 60 days, he said.
As per government submission, State has received total 3,493 suggestions and objections from North Goa and about 4,016 from South towards the plan since 2019, when the plan was first kept open for public inputs.
“In light of facts and circumstances as stated, the Application is being filed seeking extension of six months to complete the process and finalize the CZMP of State of Goa and notify the same,” Redkar said.
The State government further informed NGT that during this whole process, it is being ensured that no violations occur in the CRZ areas and necessary directions are issued from time to time.