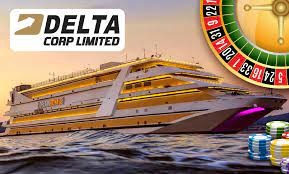 PANAJI: Delta Corp, which recently received the necessary permissions from the Goa government to go ahead with the Rs 3,000 crore integrated resort-cum-casino township at Dhargal, was asked to undertake a detailed Environment Impact Assessment (EIA) study by the Goa State Expert Appraisal Committee (SEAC).
Delta is the only listed entity in India to operate casinos. For the latest December quarter, the net profit rose by 20.52%.
The company owns three casinos in Goa, namely Deltin Royale, Deltin JAQK and Deltin Caravela.
The project is proposed to include three hotels, a convention centre, a multiplex cinema, a retail area, a water park, banquet facilities and a children’s entertainment area.
SEAC is constituted by the Ministry of Environment and Forest, Government of India, under the Environment (Protection) Act,1986. A 2006 government notification makes it mandatory for various projects such as mining, thermal power plants, river valley, infrastructure and industries to get environmental clearance.
During its meeting held on January 18, SEAC decided to grant Terms of Reference for conducting EIA for township and area development projects.
Delta Corp has to undertake an assessment and impact study of land use under agriculture and the environmental and social-ecological impact of the project.
The SEAC has also sought details of land acquisition and rehabilitation of communities or villages and environmentally sensitive areas.
The project proponent has been asked to carry out ecology and biodiversity studies of the area. The project, the Authority has said, should have an energy plan as per environment clearance standards.
Offshore casino operators are often under scrutiny for effluent discharge into river Mandovi. Delta had to shut down casino Caravela for a few days last year after NGT ordered the stoppage of casino operations
unless it has CRZ clearance.
The pollution control authority indicated that the project should have an energy plan under the environmental clearance standards, which also stated the company should use at least one renewable energy source in their plans, like solar power.
Delta corps had planned to shift its offshore casinos to the area, which would include a fully functional integrated resort with entertainment facilities covering over 3 lakh sqm of Dhargalim, Pernem.