Goa: Moving away from landfill, govt to set up construction and demolition waste recycling facility

Goa is going the scientific way in managing its waste and setting up construction and demolition (C&D) waste recycling facilities in the state to better manage its waste, including construction and medical waste. Currently, waste is disposed of unscientifically along national highways, low-lying areas and abandoned quarries across the state. 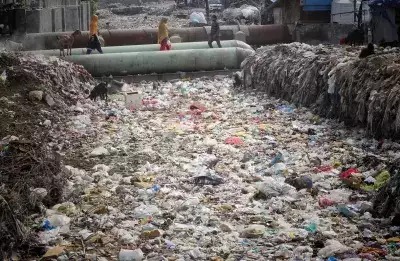 Goemkarponn desk
PANAJI: Environment Minister Nilesh Cabral on Friday said that the state government has decided to set up a construction and demolition waste recycling facility at Cunchelim, Mapusa. He further said that the site for the plant has been identified and will be set up on government land which has been identified.
The minister said that the idea is to move away from using landfills as a solution to disposing of construction debris. Instead, he said we should recycle the waste scientifically.
Cabral said that the focus would be on the technology and output of the plant. “Cement and laterite blocks have been manufactured through laterite stone powder by SINTEF, Norway, and they are in the process of patenting it. Once patented, we will negotiate with them and take it under CSR.
Cabral, who is also the state’s PWD minister, said that he has given a commitment to recycling 20 per cent of construction waste, adding that there will be two collection centres for construction and demolition waste — one in each district and people should drop their waste at the collection site so that authorities can take it to the facility from there, Times of India reported.
Cabral said that it was the responsibility of the Goa Waste Management Corporations (GWMC) ‘s responsibility to take care of the garbage, including medical waste. Currently, Goa produces nearly 500 tonnes of C&D waste each day, which is disposed of unproductively along the national highways, low-lying lands and abandoned quarries which is creating environmental problems.
As per the environment ministry’s notified Construction and Demotion (Waste Management) Rules, 2010, the state is expected to establish a C&D waste recycling plant. The National Green Tribunal (NGT) has also directed chief secretaries of all the states to monitor and ensure compliance with all waste management rules, including C&D rules.