Goa Youth Congress takes to task Canacona PI, demands arrest of the father of accused in molestation and assault case 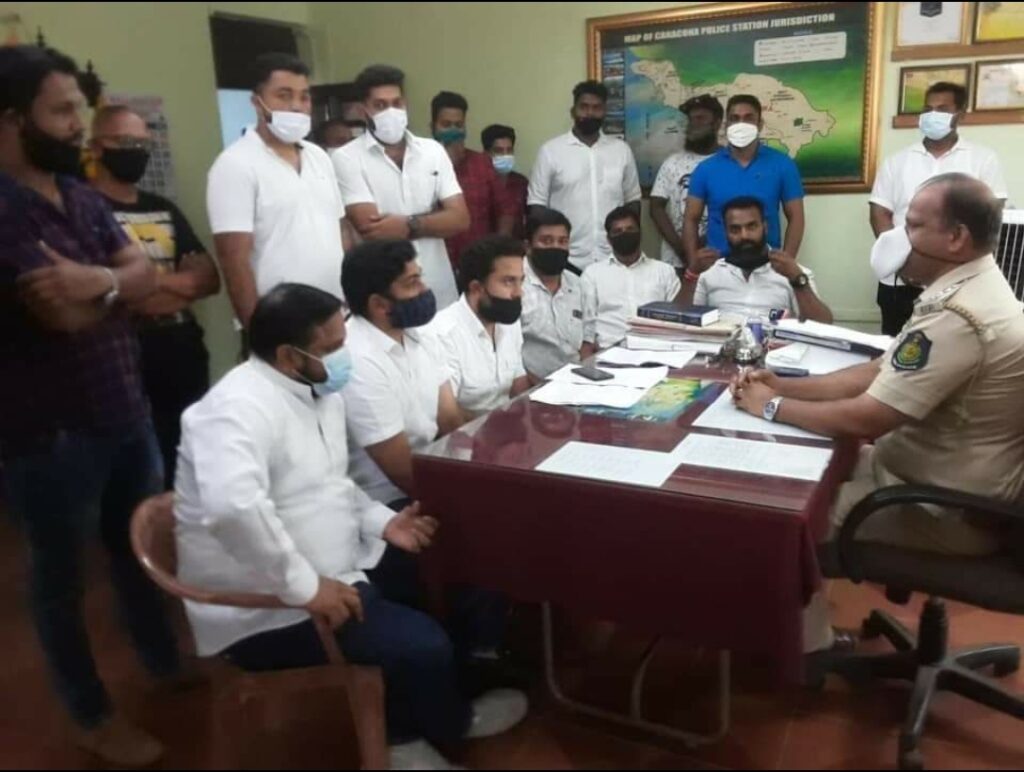 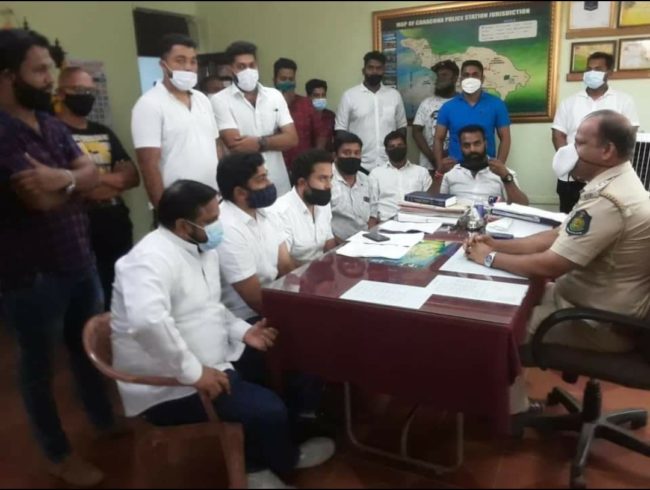 A delegation of Goa Pradesh Youth Congress leaders took out a morcha to Canacona police station to demand registrstion of FIR against the father and son duo for threatening the father of the girl victim who was allegedly assaulted and molested by his son a few days ago.

It may be recalled that a college going girl was allegedly assaulted, and kidnapped from near her home by a son of a political leader of Canacona last week.

The case got wide publicity as the person who is accused in the case is a son of a BJP South Goa office bearer.

Immediately acting on the complain by the victim girl, Canacona police had registered a case and had arrested the accused under various sections of IPC.

The local court had remanded the accused in police custody for two days and was later released on bail.

While speaking to the media outside the Canacona police station, the father of the victim girl had earlier alleged that the father of the accused boy had threatened him with dire consequences if they file a complain against his son.

On Monday concerned citizens and some Congress leaders had submitted an ultimatum and had demanded a fair, thorough and time bound probe into the girls complain.

Not satisfied with the reply from the PI, the youth leaders accused the police for being bias and not pursuing the case in the right direction as the accused is from a politically influential family.