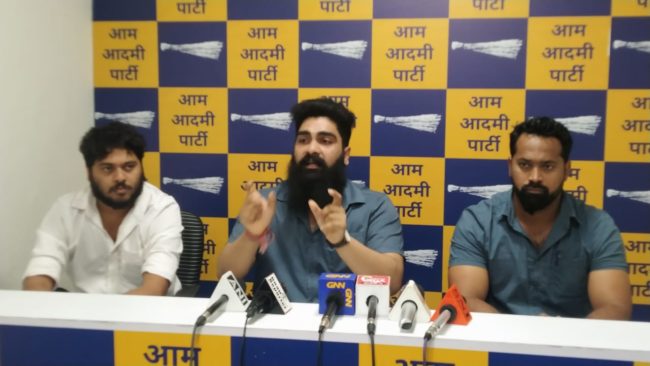 While speaking to the media on the occasion of National Youth day he said, “Youth issues are only discussed and addressed by the government on National Youth Day, while the rest of the year, the government ignores issues of the youth. The youth unemployment rate in the state is at its highest level, but the BJP-led government fails to create jobs for the youth despite their various initiatives”.

He asserted that the double engine BJP government would lead to double unemployment, as well as double failure in the educational sector.

He further said, “In Goa, AAP is the only new hope because it is committed to serving the common people and addressing unemployment issues. If AAP voted to power, AAP will introduce a law for the reservation of 80 percent of private jobs in the state to Goans. AAP will also provide an unemployment allowance of Rs 3000 per month to families with unemployed youngsters and Rs 5000 per month to families dependent on mining and tourism their jobs are restored”

Goemkarponn desk QUEPEM: The villagers, along with the Panch members of Avedem-Cotombi, protested to oppose the TCP permission to expand Adinco Distillery outside the Adinco ... Read More