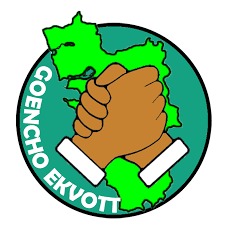 VASCO: VACAD & Goencho Ekvott group’s founder member Orville Dourado Rodrigues expressed shock over the Chief Minister’s statement blaming the Non-Governmental Organizations for being anti-industry and anti-development.
Goencho Ekvott group founding member Orville Dourado Rodrigues has expressed his disappointment over Chief Minister Dr Pramod Sawant’s statement, which went against the NGOs from Goa.
Rodrigues took it to social media and posted, “It is rather surprising to learn that our Hon. CM Dr Promod Sawant has criticized NGOs for being anti-industry; CM has stated, “Every project has been challenged by NGOs. We are fighting in NGT, Supreme Court” while appealing to industries body, the Goa Chamber of Commerce & Industry to have a dialogue with these organizations”.
VACAD & Goencho Ekvott have had 6 meetings with our CM thus far on the vexed issue of Double Tracking, Tamnar and NH4A. The most widely reported one was on 13th October 2020, when a delegation consisting of Goencho Ekvott and the Village Panchayat of Naqueri-Betul met him in the presence of the then Deputy CM Chandrakant Babu Kavlekar, wherein the disastrous consequences of the 3 linear projects were explained to him by Captain Viriato Fernandes, Swapnesh Sherlekar, Creson Antao, Royala Fernandes, late Julio Cedric Aguiar, Orville Dourado Rodrigues among others. We had categorically given an ultimatum to our CM to clear his stand by 15th November 2020, Rodrigues said.
Rodrigues further said Goencho Ekvott is not against industry but for sustainable development and to protect Goa’s environment. We understand that there is a need for employment generation for the youths here, but green and non-polluting industries should come to Goa and not Coal like polluting industry. We won’t allow Goa to become a coal hub,” he said.