Govt has decided on June 4 as the tentative date for Panchayat elections: Godinho 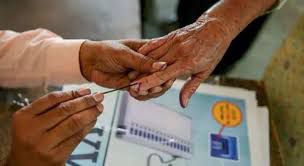 PANAJI: Minister for Panchayats Mauvin Godinho today informed us that the state government had finalized June 4th as the tentative date for elections to 189 panchayats across Goa.

“The tentative date for elections to 189 panchayats is June 4th, counting will be done soon, delimitation process is going on currently, the state government and SEC is consulting each other in this matter. Most things will be clear, and the next process will be a reservation,” said Godinho.
He further said that there is a certain rotation that takes place wherein the ward can be changed to ladies and or general can become ST or SC.
“The elections will not be held on party lines at ZP; we want that good person should come run the panchayat at the grassroots level because it is also governance at the grassroots level,” he added.
Godinho said that the state government has decided not to conduct panchayat elections on party lines.
As per the recent amendment to Section 7 of the Goa Panchayati Raj Act, 1994, the task of dividing the panchayat area into wards and reservation of seats has been assigned to the election commission in consultation with the government.
In order to complete the delimitation in an error-free and logical manner, the commission, for the first time, rolled out a customized web-based software wherein each voter, along with the house number, is placed in his respective ward.