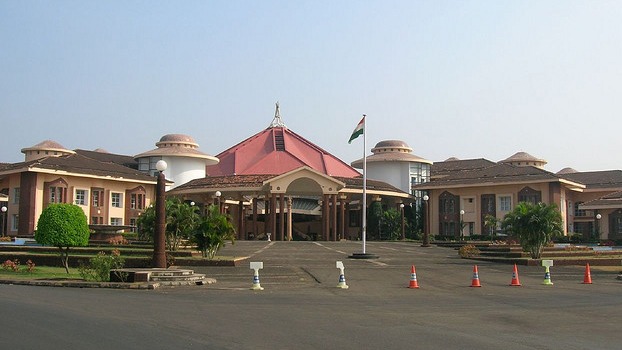 Goemkarponn desk
PANAJI: The Goa State Information Commission (GSIC) has issued notices to Legislature Secretary Namrata Ulman and Public Information Officer (PIO) Mohan Gaonkar to remain present on September 20th for the hearing of the Appeal filed by Adv. Aires Rodrigues against the order passed by the Secretary of Goa Legislature Secretariat Namrata Ulman on August 29th, rejecting his Appeal against the order of PIO Mohan Gaonkar, declining to furnish the information sought by him under the RTI Act.
The Appeal will be heard by Chief Information Commissioner Vishwas Satarkar, who incidentally is a former Speaker of the Goa Legislative Assembly.
Adv. Aires Rodrigues, in his petition challenging the order passed Namrata Ulman while pointing out that it was illegal, perverse, bad and contrary to law, has stated that the RTI Act was intended to furnish information and not to deny it.
Stating that the veil of secrecy at the Goa Legislature Secretariat was unlawful and unacceptable, Adv. Rodrigues has further submitted that Parliament enacted the RTI Act keeping in mind the rights of an informed citizenry in which transparency of information was vital in curbing corruption and making the Government and its instrumentalities accountable.
Stating that the denying of information was illegal, untenable, and a fraud, Adv. Rodrigues has also submitted that the grounds used to refuse the information were a total ruse and that the unjustifiable grounds to deny information wrongly were unsustainable.
Adv. Aires Rodrigues, on June 28th, had sought a copy of the file notings and correspondence pertaining to the two-day training workshop for MLAs held on 27th and 28th June at the Taj Vivanta and also complete details of the expenditure incurred on the event.
The Public Information Officer Mohan Gaonkar, in his reply, informed Adv. Rodrigues that the disclosure of the information would cause a breach of Privilege of State Legislature and would also be against Rule 37(16) of the Rules of Conduct of Business of Goa Legislative Assembly.