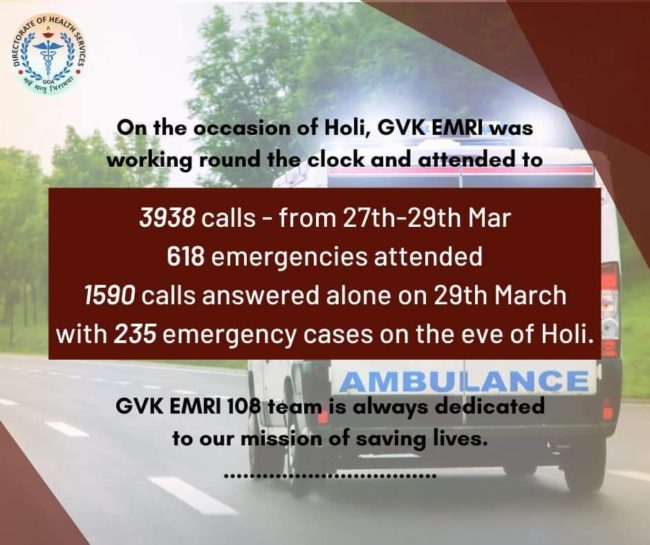 PANAJI: On the eve of the Holi weekend, followed by the Holi festival i.e. 27th, 28th & 29th March 2021, GVK EMRI run Emergency response centre & 108 ambulance fleet was kept on high alert to meet any eventuality during the festival of Holi.

“We salute them for their efficiency and proactiveness,” said Health Minister Vishwajit Rane