I decided to quit BJP before the party destroys my constituency: Alina 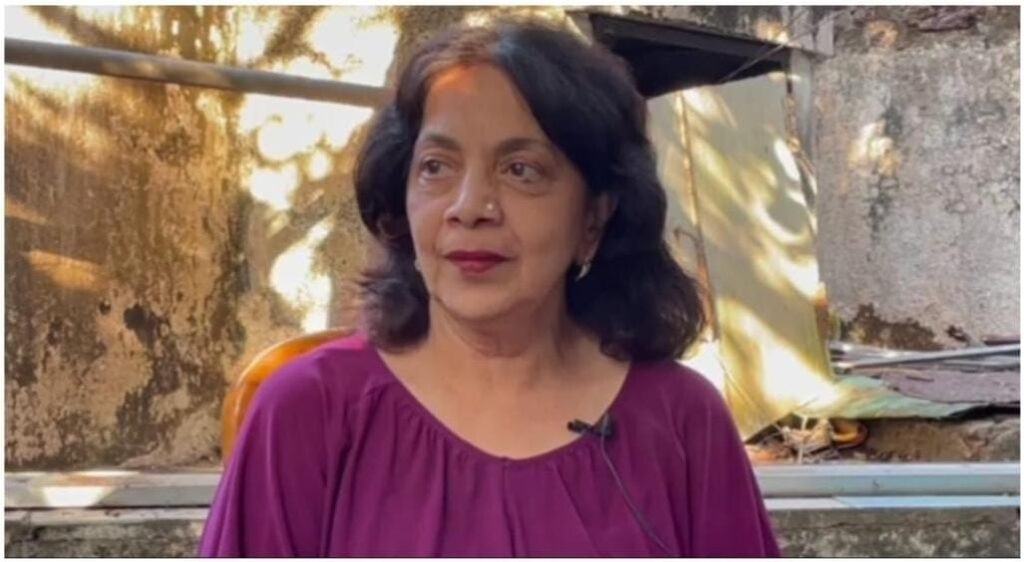 After being in the BJP for 10 years, Alina Saldanha, wife of late Matanhy Saldanha, finally decided to quit the Aam Aadmi Party. Goemkarponn Editor Suraj Nandrekar meets Alina to find out what led to her exit from BJP and her stand on the three linear projects and rivalry with her former colleague Mauvin Godinho. 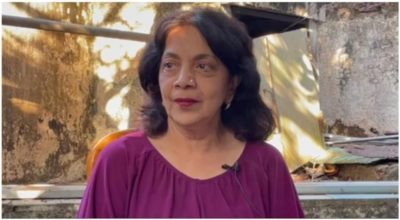 Goemkarponne: Welcome, you have been elected two times on BJP ticket; how is people’s response as for the first time you are asking for votes for broom symbol?
Alina Saldanha: Response has been very positive because it appears that everybody is looking forward to a change. Initially, the people BJP did a lot of development, and then things changed in the second term. Projects being brought into the state were anti-Goan and anti-people. If you look at the projects, the BJP govt has been trying to forcefully get into the state against the people’s will. Projects like doubling of the South-Western railway track, this is the project that anyone would say is destructive in nature because it’s going to destroy the homes of the people, it’s going to throw the people out of your houses, it’s going to pollute the environment.

Goemkarponn: Please continue…
The second track is meant to transport coal. People are already suffering, and you see in my constituency, if you just rub your hand on the windows of any home, it will turn black. Being a representative of the people, I tried to make govt realize that this project cannot be termed as development. Secondly, the highway through the Mahavir wildlife sanctuary, destroying the forest area and then the Sagarmala project.

I think people tourists from all over the world come to Goa specifically to enjoy the environment, the beaches which awe are trying to destroy.

Goemkarponn: As an environment minister in the BJP Government till 2017, did you not know that these projects are coming to Goa?
Alina Saldanha: I have made my stand very clear. I have spoken on the floor of the House, I have written about it with respect to the three linear projects. I think I was the only MLA that was very vocal about the destruction.

Goemkarponn: Double tracking started in 2010 when it was approved, and after that, you became the environment minister of Goa. Manohar Parrikar was also at the center; what was his reaction towards this project?
Alina Saldanha: Parrikar sir, had assured me that doubling would happen only till Majorda, and I think we had dialogue quite a bit on this issue. After I realised the doubling was happening till Vasco, I went through the entire route walking, and I realised that there would be total destruction and that people would not be able to stay in those houses. I was so shocked when I realised the consequences of this project.
I requested then CM to visit the places, and before he came, I met SWR Manager, and he explained the distance that is required to be acquired from the centre of the existing track would be 14 meters. Thereafter we marked the entire route, and to my horror, some tracks were coming inside the compound of the people; in some cases, the track lands on the veranda of the House.
The doubling would destroy the age-old houses. I decided to quit BJP before the party destroys my constituency.

Goemkarponn: So basically, you mean to say that you left BJP for this reason. But do you think if the late Manohar Parrikar was still alive today, would you have still left the party?
Alina Saldanha: Well, I firmly believe if Parrikar sir was alive, these projects would never come up.

Goemkarponn: After leaving BJP, why did you choose AAP?
Alina Saldanha: Let me tell you very honestly I chose AAP only after I was convinced that it is truly a common man’s party. I went to Delhi and asked people whether they were really getting free water and electricity. Their bills clearly indicated ) Bills. 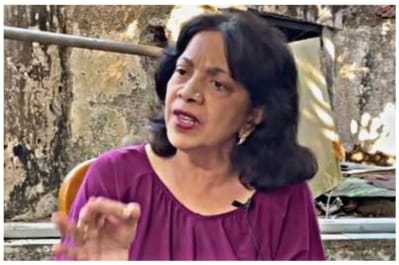 I saw educational institutions beautiful infrastructure and equal treatment for the poor and rich in schools. Then I saw the Mohalla clinics; I was surprised they have around 480 Mohalla clinics that provide all facilities. Sir Arvind Kejriwal has delivered what was promised to the people of Delhi, and I am sure whatever he has promised in Goa will also be fulfilled.

Goemkarponn: But do you think such schemes can be provided in Goa considering we have a debt of Rs 26000 crores?
Alina Saldanha: I think the annual budget of the state of Goa is around Rs 22,000 crore now, where has this money gone? On which project and for what purpose has this money been spent? If you have Will, you can find a way.
I think Sir Kejriwal has made it clear that don’t come running to me asking for these schemes within six months of forming the government; these things take time but will be implemented for sure.

Goemkarponn: You has been Cortalim MLA for two terms. Why is it that the constituency still lacks basic facilities?
Alina Saldanha: There were enough facilities for locals, but it is like a mushrooming concrete jungle when we construct the housing colonies. Unfortunately, the builders have not fulfilled their responsibility. The respective Panchayat has to ensure that the builders install enough transformers, water provision has to be made etc.

Goemkarponn: Your constituency has the biggest slum. Why has the migrant population increased so much?
Alina Saldanha: Definitely, that is not the responsibility of the MLA; it is the responsibility of the government of the day. The migrants are working in the Industrial estate, and it is the responsibility of companies to give them proper housing. One way to control this is to see that 80 p.c of the jobs are to be reserved for locals.
With all due respect to the industries, they are bringing manpower from their States after advertising in those places about vacancies. I would like to mention that this issue I had raised on the floor of the House. Unfortunately, nobody supported me.

Goemkarponn: Your former colleague Mauvin Godinho is trying to project Sancoale Sarpanch Girish Pillai as a BJP candidate against you. Your opinion?
Alina Saldanha: I don’t like to talk negatively about anybody, but I would like to state that you know when Girish Pillai was the Sarpanch, he did nothing to solve issues of Zuarinagar slums. Just like his mentor, he has done nothing. After ruling the Cortalim constituency for 20 years, Mauvin has not taken up a single project. Whenever I completed any project, he would send Girish to inaugurate it before time. This is their level. For 20 years, you have not constructed a single toilet for the people.