If BJP can rob MLA’s at night, why can’t we meet Union Minister at night? asks Chodankar 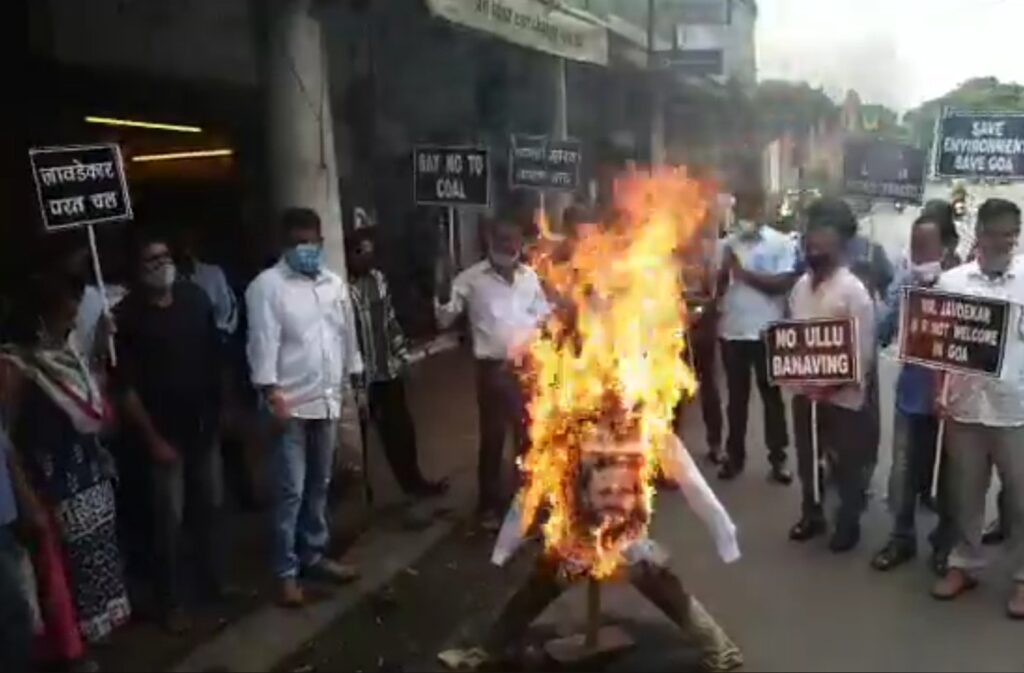 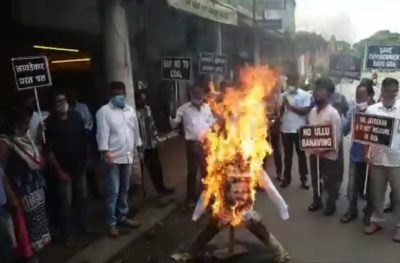 Panaji – It is the right of every Citizen to meet any Union Minister. Government cannot supress this democratic right of people. Congress Party protested against Union Minister Prakash Jawdekar because he came for making BJP propoganda and has not bothered to utter a word on environmental issues like Mortgage of Mhadei to Karnataka by BJP, destruction of Mollem Wildlife Sanctuary, converting Goa into a Coal Hub to help Modis Crony Club, Opposition to IIT at Melaulim by Farmers and other issues concerning the common man charged GPCC president Girish Chodankar . He said that Congress Party will continue with Mhadei Jagor till our Mother and Lifeline is protected.
Reacting to objections raised by BJP on Congress trying to meet Union Minister Prakash Jawdekar, GPCC president Girish Chodankar said that If BJP can rob MLA’s from other Political Partys in the night, why they should have objections on Congress Activists meeting Union Minister in the Night questioned Girish Chodankar
History will remember all the brave activists of Congress Party who have daringly protested for Saving Mhadei. I congratulate all the brave Congress Soldiers who protested against injustice of BJP Government on people of Goa. Our Party Workers had first protested against Union Minister Jawdekar during IFFI and yesterday midnight  they were forced to protest and get arrested because Prakash Jawdekar refused to grant them appointment to listen to peoples aspirations on Mhadei. Congress party is committed to protect Mhadei stated Leader of Opposition Digambar Kamat.
Congress Leaders were speaking after release of 16 Congress Workers today afternoon. Goa Police had arrested them and lodged them in various Police Stations.
Congress workers Janardhan Bhandari, Sankalp Amönkar , Varad Mardolakar, Meghasham Raut, Archit Naik, Saeesh Aroskar, Ubaid Khan, Chandan Mandrekar, Navdeep Phaldessai, Vishal Volvoikar, Himanshu Tivrekar, Sudin Naik, Prasad Parab, Umesh Parab and Nitin Parab were arrested by the Police.
Earlier in the day Congress burnt the effigy of Union Minister for Environment Prakash Jawdekar near Congress House for his betrayal on Mhadei.
GPCC General Secretary Amarnath Panjikar, former MLA Agnelo Fernandes and North Goa District Congress president Vijay Bhike spoke against the high handedness of BJP Government which is trying to supress the peoples voice who are protesting against decisions of the BJP Government which will destroy Environment of Goa and push farmers into death trap.
Congress Delegation led by GPCC president Girish Chodankar and Leader of Opposition Digambar Kamat also called on the Panaji Police Inspector Sudesh Naik demanding immediate release of all the Congress Activists.