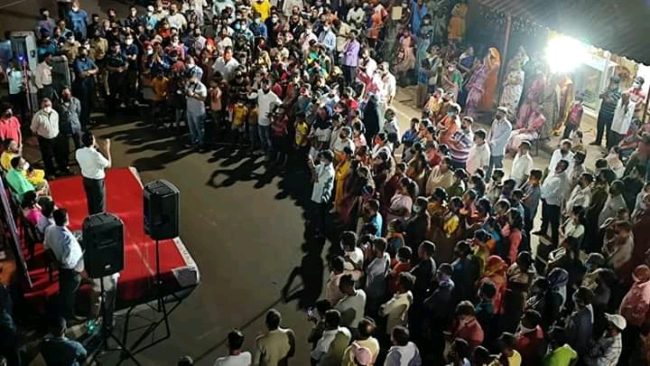 Goemkarponn desk
VASCO:
Chief Minister Dr Pramod Sawant on Thursday said that the entire rural Goa is with Bharatiya Janata Party and the recent ZP polls has proved that.
Addressing a press conference at Mormugao, Sawant said that he expects even the urban Goa to support the party for development and stability.
“Our government under my leadership and our party under presidentship of Sadanand Shet Tanavade, has reached with our schemes to the poor and needy. That is one of the reasons why our MLAs have been able to get their panels elected in the municipal polls even though they were not held ion party lines,” he said.
He said that except Cuncolim all municipalities and CCP has elected BJP panels.
“I am confident the people of Mormugao, Margao, Mapusa, Sanguem and Quepem will also elect BJP-supported candidates. We all know how the rural Goa is entirely with BJP, which was proved in ZP elections,” he said
He said the government’s basic aim is to take basic utilities to power, water to every house under Atmanirbhar Bharat and Swayampurna Goem.
“Mormugao had elected all four seats of BJP and similarly we hope the Mormugao taluka will elect the BJP-supported candidates in municipal polls for stability and development,” he said.