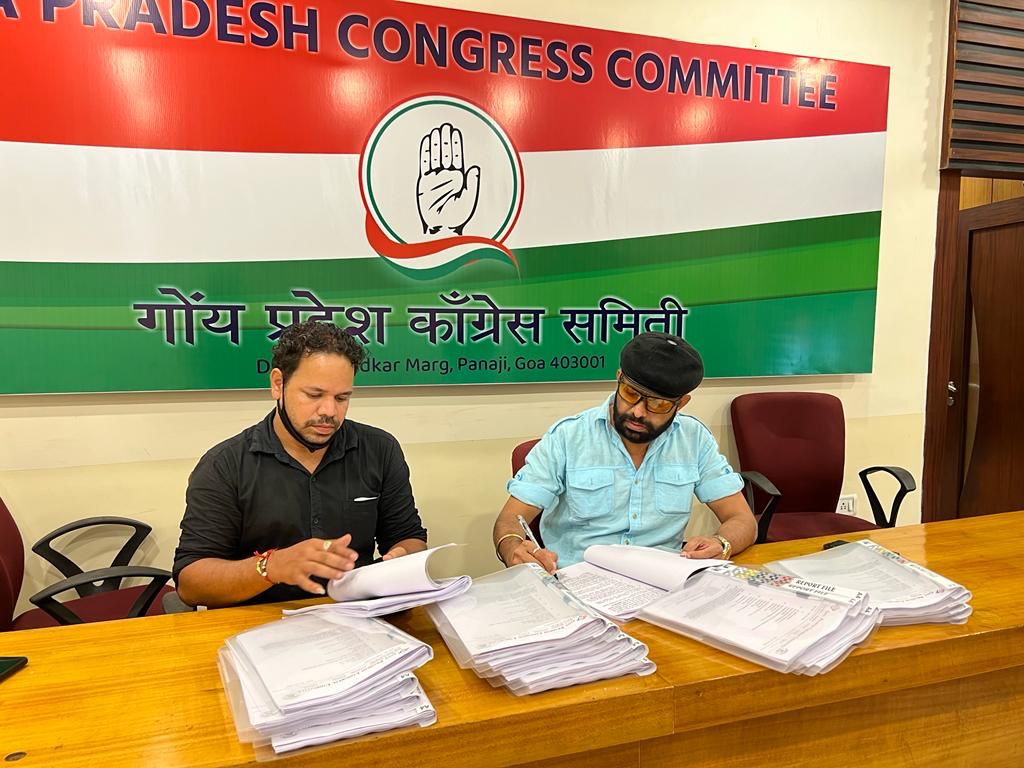 Goemkarponn desk
CANACONA: Coming down heavily on the State government and Contractor for fatal accidents that occurred on Manohar Parrikar Canacona Bypass Road in Canacona, Janardhan Bhandari, General Secretary of Goa Pradesh Congress Committee, has demanded to suspend the license of MVRIPPL and to initiate an inquiry into substandard work done by this company.
In this regard, Janardhan Bhandari has written a letter to Nitin Gadkari, Union Minister for Road Transport and Highways, Chief Minister of Goa Pramod Sawant and PWD Minister Nilesh Cabral and has sought action.
“Canacona Congress Parivar and JANA SENA Warriors are relentlessly fighting against the substandard work of Canacona bypass road from Jan 2016 and have been following this matter with various authorities but nobody bothered to take cognizance of our contentions,” Bhandari said.
He said that since the Manohar Parrikar Canacona Bypass Road, many fatal accidents, self accidents and stray cattle have met accidents on this road due to substandard work and for failing to take measures.
“Recent accidents at Rajbag, Canacona and at Torxem-Patradevi, wherein 3 family members from Pune died, exposes the shoddy work of the NH & casual approach of the Contractor. As it is a high time to lodge a complaint with the Govt. of Goa to take stern action against the Contractor involved in the construction of NH from Patradevi to Bambolim & from Canacona Char Rasta to Maxem,” Bhandari said.
“The license of the Contractor MVRIPPL should be suspended immediately for the sub-standard work of Manohar Parrikar Canacona Bypass Road. A probe should be ordered into the construction work of 7.74 km stretch of Manohar Parrikar Canacona Bypass Road done by the MVRIPPL contractor for substandard work & also investigate the quality of various materials used for construction of the road,” he said.
He said that cost of the project increased from 190 crores to 290 crores. Hence it should be investigated why work got delayed and how the project cost increased.
“The various Consultancy firms and consultants associated with the work of Manohar Parrikar Bypass Road should be blacklisted for intentional negligence to maintain the proper quality of the bypass road. The JE, AE & other senior officers of PWD who were responsible for monitoring the construction work of Manohar Parrikar Bypass should be suspended immediately, an a departmental inquiry should be initiated against those earring government staff,” Bhandari demanded.
According to Bhandari, road safety engineering measures are not followed on the road carpet, particularly at the turns, due to which the unsuspecting racing vehicles at high speed find it difficult to control their vehicles.